Posted by savonsurauttelijat on marraskuu 19, 2017 0 Comments 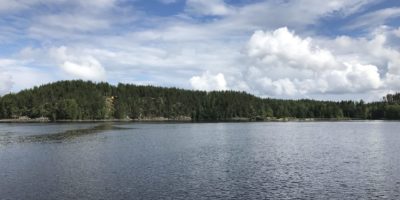 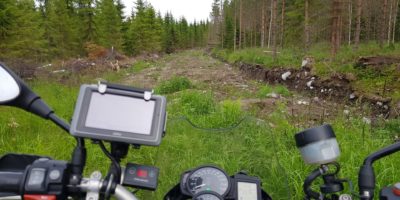 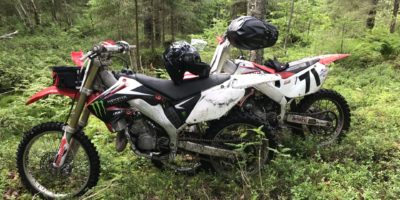 Sami was visiting Pune, India for work and thanks to great colleagues, a dream came true: Sami got to ride Royal Enfield 500,  a.k.a. Bullet on a full-day trip on Indian country-side (and a bit in the cities as well).

I had ridden Bullet 350 couple of years back in Pune but then it was basically only on the country-side highways with less traffic. This time it would be through the cities and for a full-day. We had agreed to start at 6:30 from colleagues place and went there on a taxi, starting at 6:15. It was 3 of us starting from there, 2 in a car and myself on a Bullet. There was another colleague that was supposed to join but he had to cancel due to some incident. So, since the other guy in the car was a Finn like me, there was no back-up plan if i would not feel comfortable on the left-hand traffic or if it would too much traffic for me to handle.

We started soon and headed to quiet streets of Pune, me following the car. We were going to meet 2 more colleagues that would join us on a bike. One thing that worried us was the fact that i was not sure if my Finnish drivers license was valid here. That worry became secondary in just a moment as one of the many stray dogs suddenly decided to cross the street between the car and me, causing me to lock the breaks and just barely avoid the collision! Other than that it went quite well through the city till we met the colleagues and left the city for some countryside roads. There were, though, couple of times we drove close by police who might have caused problems with my license but they never stopped us. Once we stopped to buy some gasoline, funny how you here have 2-3 persons serving you compared to self-service back home.

In the morning it was a bit chilly to ride but it soon started to get warmer. We stopped for breakfast in one road-side coffees and got some real nice indian bread etc. with chai.

My finnish colleague is a enthusiastic and skilled photographer so during the day we stopped for taking pics few times. First was by a lake where they also had a small cafe. We took some photos there and had tasty chai before moving on.

Then we continued on the country-side roads which were quite ok but had some potholes that you had to be careful with. Also not too much traffic in the morning. Then the roads started going up and down the hills and it was very nice riding.

Next stop was on a hill close to a lake, and then by the lake with hills on the background. What nice views we had there, really beautiful! From the lake we continued on an ”off-road” path. The bullet coped with that nicely and luckily my colleague had a SUV kind of a car so he managed well too. Maybe the most troubled was the other bike which was more designed for pure road use. However with skilled rider that was no problem either.
Video: Bullet off-road.

One nice stop was on a bridge of a small river. There were some local ladies washing some carpets etc. on the river and they had put the wet, colourful carpets to dry on the rocky river banks.

Soon after we rode/drove through the city of Lonawala which was an experience. Quite narrow road with huge amount of traffic in all forms: trucks, busses, cars, 2-wheelers, pedestrians, dogs, you name it. I had a bit of a situation with a SUV and a tractor closing a gap from me, locking the brakes once again, but made it anyways.

From Lonawala we continued to a hill-top view point with great views! We took a break to enjoy the views and take some photos.

Also the road up there was very enjoyable, good pavement and lots of curves. Really a pleasure. Luckily we took the same road back to Lonawala where we had lunch in a great restaurant. Tasty food and we finns got some guidance on how to eat with your hands.

After lunch we headed to Karla caves not far from the city. There was an extremely steep stretch of road till you reached the parking area of the Karla caves, and that road was narrow too. Fun with the Bullet! From the parking area there was some climbing to the caves, countless stairs and hot (for a finn) weather but well worth it.

The caves are awesome and so is the view from there over the valley.

Me and my finnish colleague got some attention from the visitors, many wanted to have a photo taken with us. It was kind of weird but nice.

Then we started our journey back to Pune. We took the highway and that was awesome with such a great bike. With bullet You could easily go 100km/h which is more that most do on that road, so you get to do a lot of overtaking. The road was mainly 3-4 lanes so it was easy to maneuvre even though it was made a bit more complicated by the rule that 2-wheelers need to stick to left (left-hand traffic, remember). So i was moving from side to side all the time, which was fun but you needed to stay aware of the other vehicles.

When we reached the city of Pune, the traffic again was quite something. We managed to get through almost before it got dark, maybe some last 15mins it was dark. Once again in the city i had to be careful not to be stopped by the police…and that was tricky since they were present in many crossings.

Overall a super trip and really a dream come true!