Posted by savonsurauttelijat on elokuu 13, 2018 0 Comments

In the morning we decided to continue on the original route, just one day ahead of schedule (picture of route map will follow later). We started at 8.15am without breafast and it was raining. We lost some time when refueling since Sami noticed that the chain oiler needed oil and due to Mika managing to (again) buy 8 litres of fuel instead of 18 litres. That took some time to sort out with the staff… Overall not a perfect start for the day and we were feeling a bit low when we finally got moving in the rain. And to complete the misery, we had to wait about half an hour on the roadwork close by.

Temps remained low at araound 10 degrees until lunch, which we had at about 1pm. The food tasted fine and it took quite a while for us to feel warm again and ready to move on. On the same stop we refuelled and continued another 30kms on good roads. 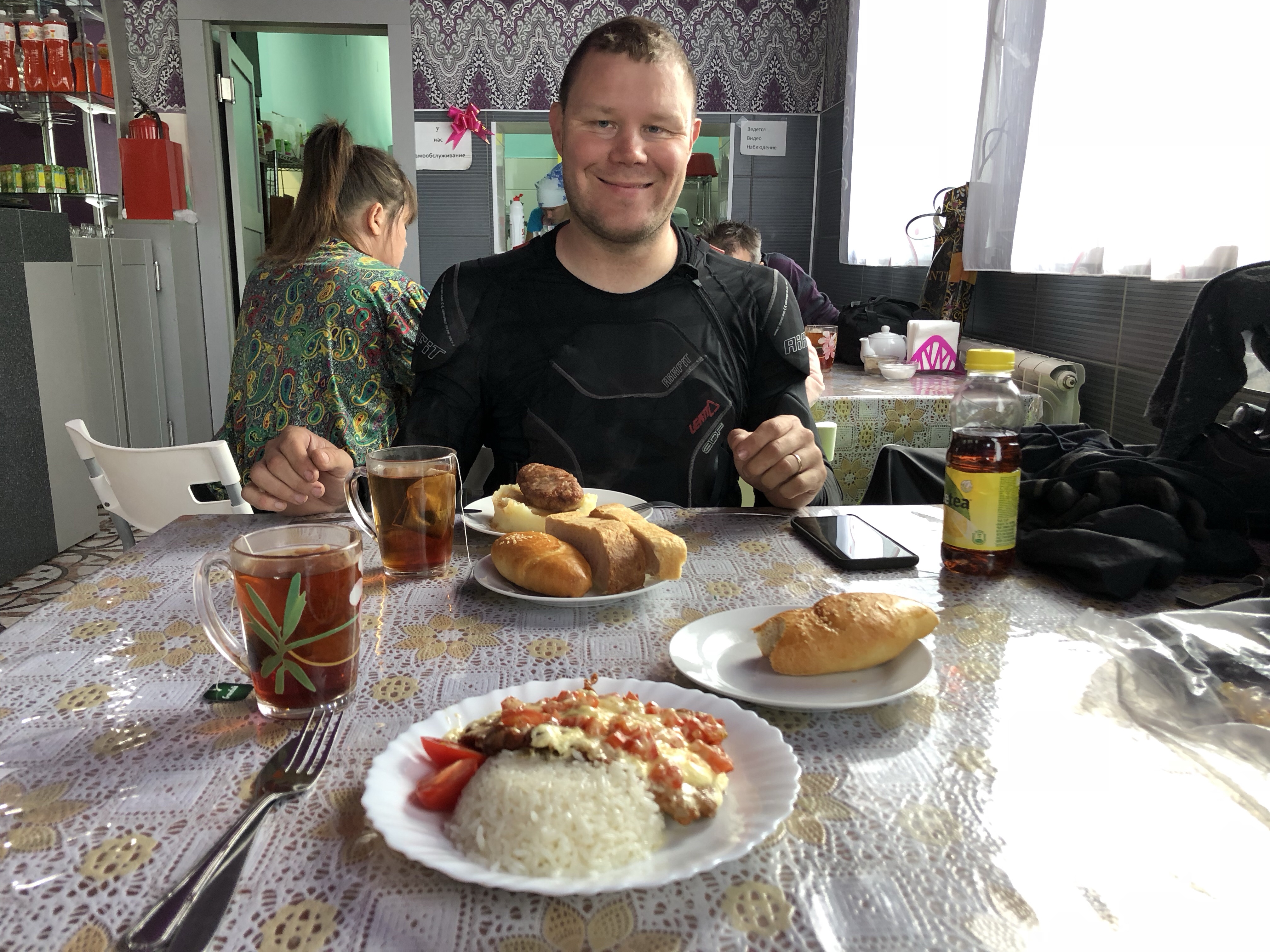 After that the roads changed completely. Mika had felt something weird with the rear suspension already on the good road and now on the bad road there was clearly something wrong. The road went through very isolated areas and some small villages that looked honestly pretty horrible. We started to feel worried about how far we will make it with the rear suspension acting weirdly. After about 50kms the road changed again, this time for better and was from good to ok, however sometimes consisting of ruts that could not be all avoided. The shock absorber on Mikas bike continued to get worse all the time.

We had about 160kms left when Mikas bikes suspension bottomed badly and right side pannier rack snaps broken, resulting in the pannier rolling on the road. Sami was riding behind Mika and sees the pannier falling off.

Then we were forced to do some temporary fixes with cable ties and securing the luggage with straps however we managed. Luckily the rain stopped just before the incident but it was still cold so we kept the rainsuits on as we continued. 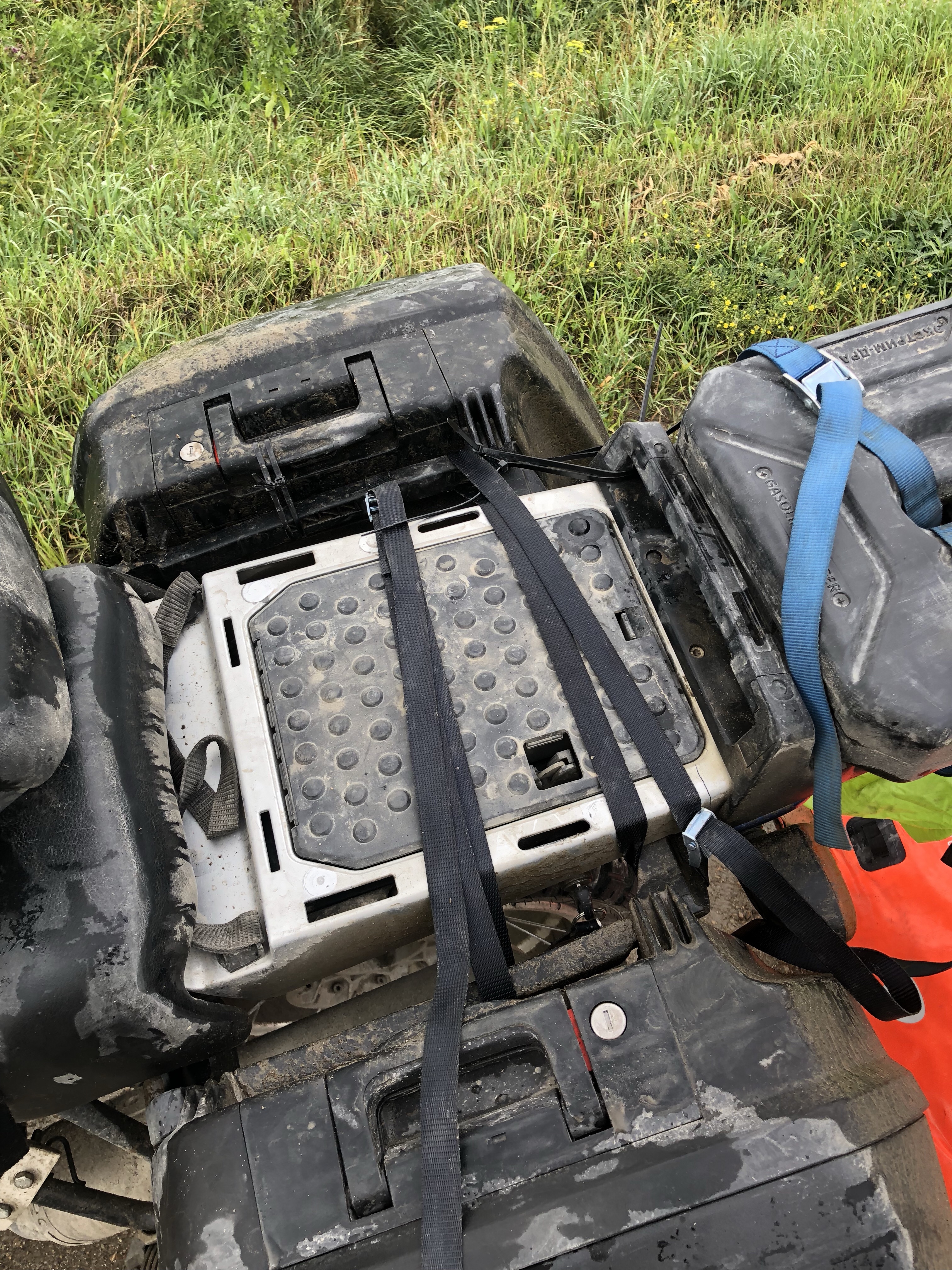 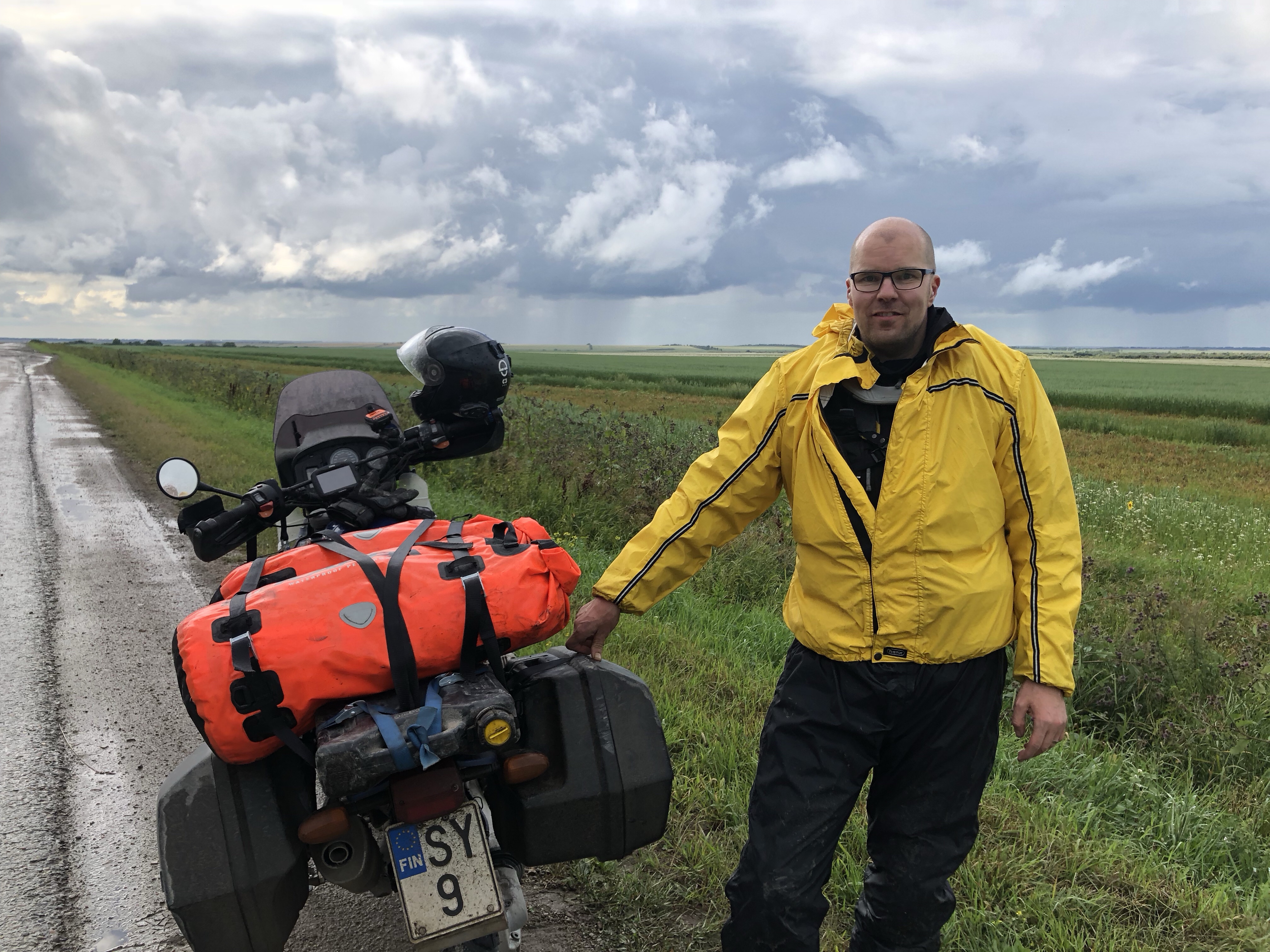 As we continued, it was about 5,30pm and we had not found toilet for a long time and really needed one. The ”toilets” on the gas stations were merely wooden huts with hole on the floor and really discusting smell. Luckily we found one proper toilet by asking some locals on a small village.

As we disccussed with them about the bike problems, they offered us accommodation but we wanted to get a bit further today even Mikas suspension was a real pain in the ass. 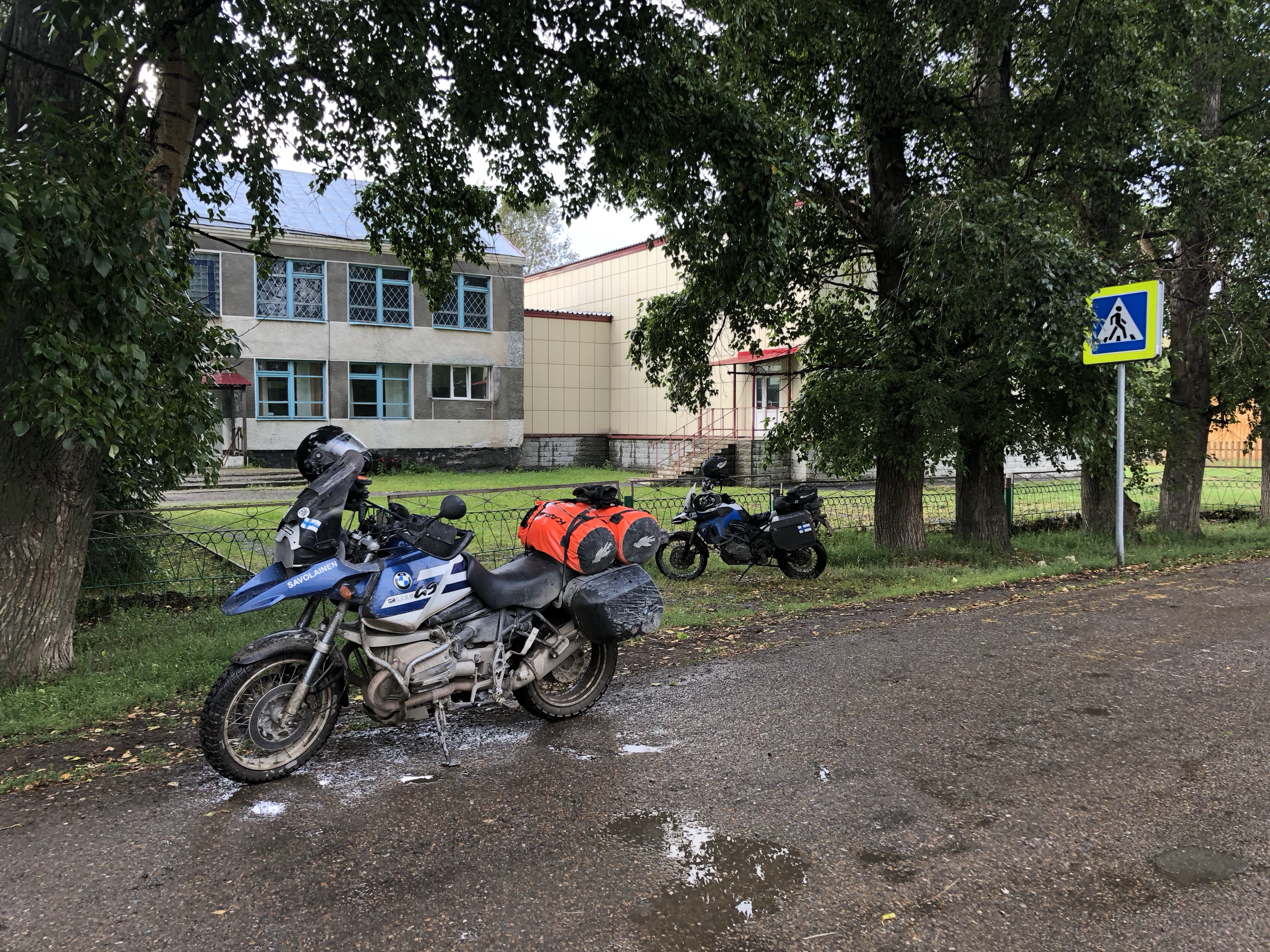 The road conditions remained poor but we finally made it to village called Krashnochekovo and found a hotel called Svetlana. They had 3 different room options: small, medium and large. We took the large to get all the gear drying. There was also toilet and shower on the hallway and secure parking for the bikes. We got decent dinner in the hotel restaurant. 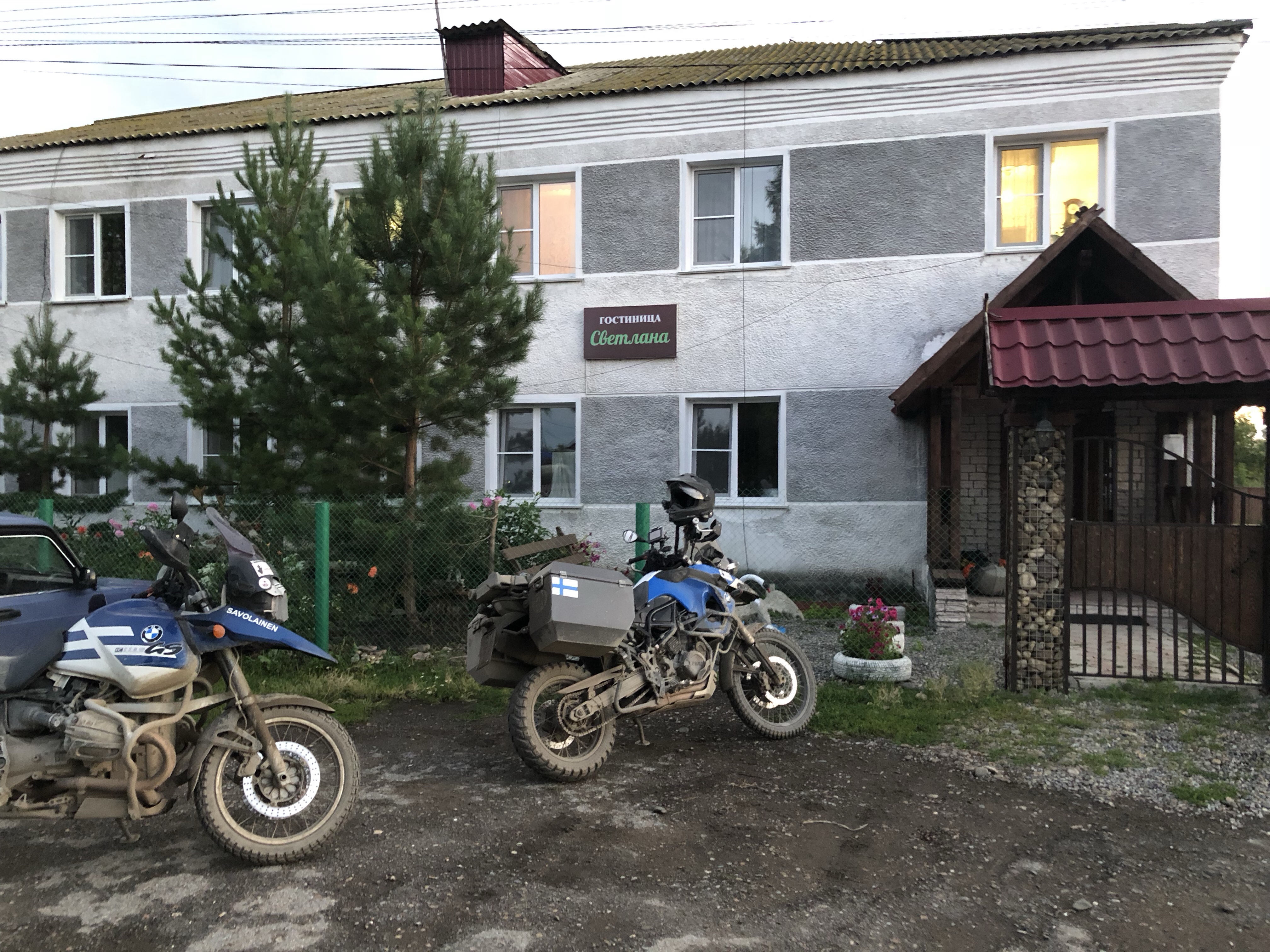 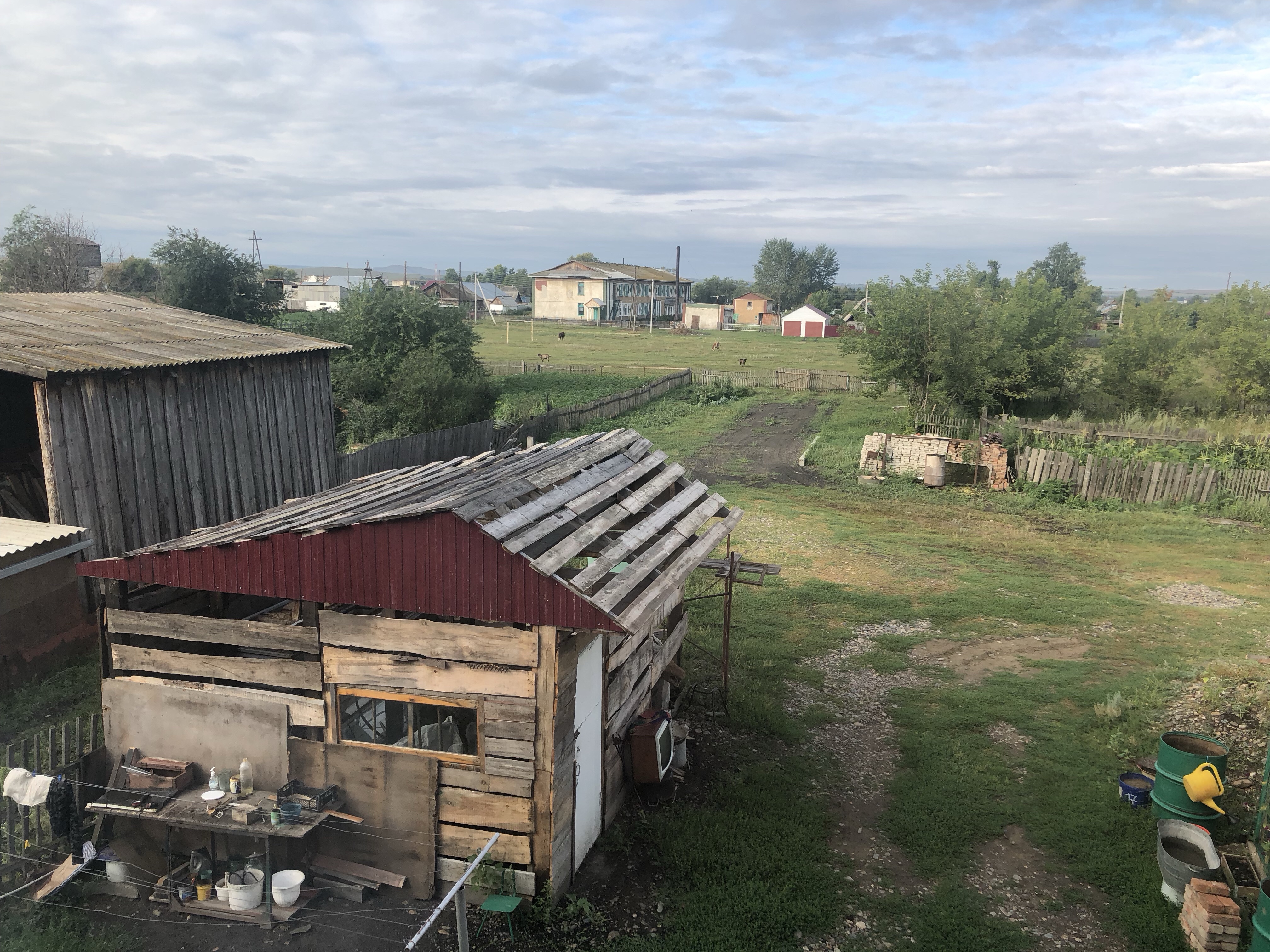 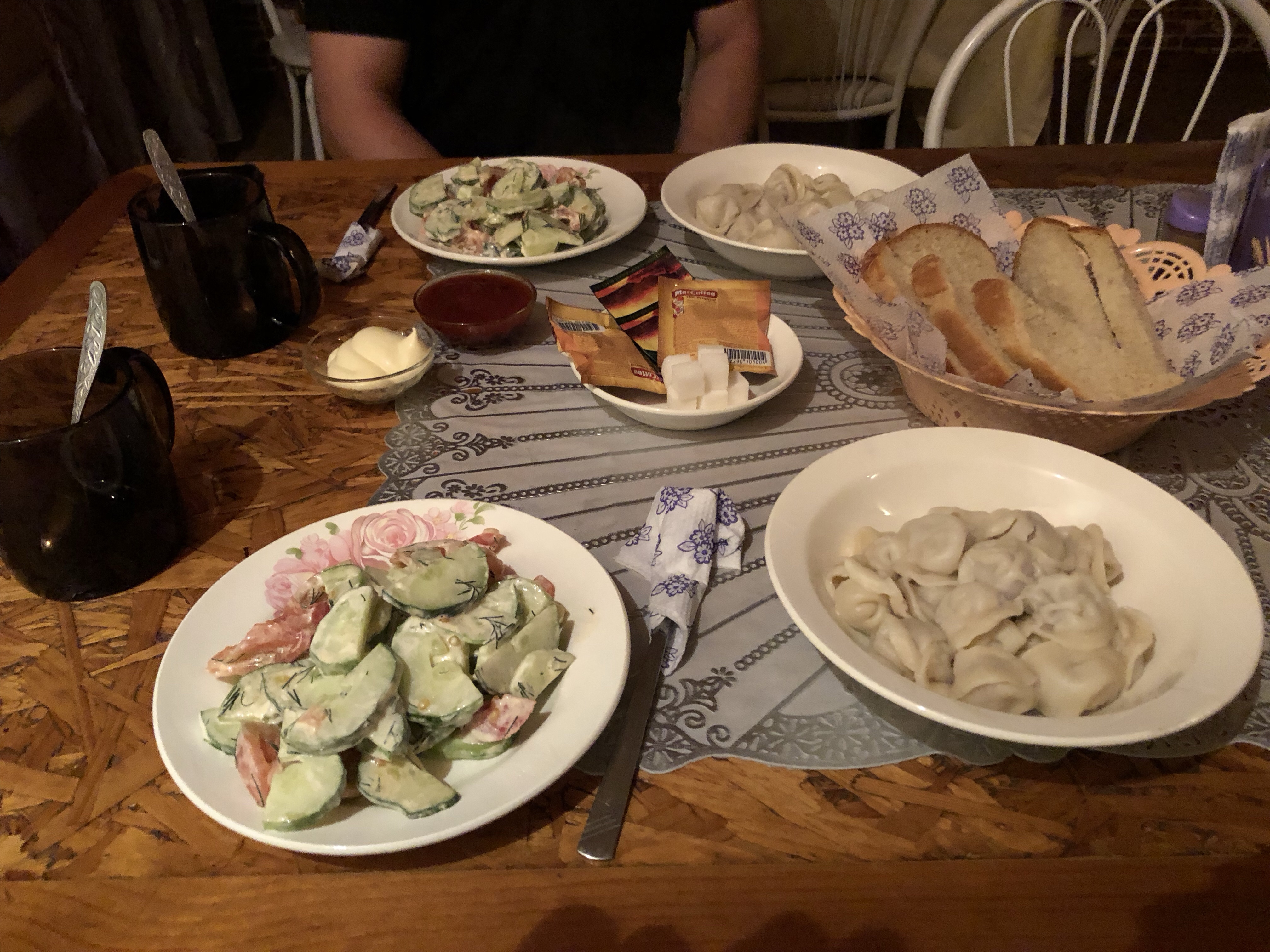 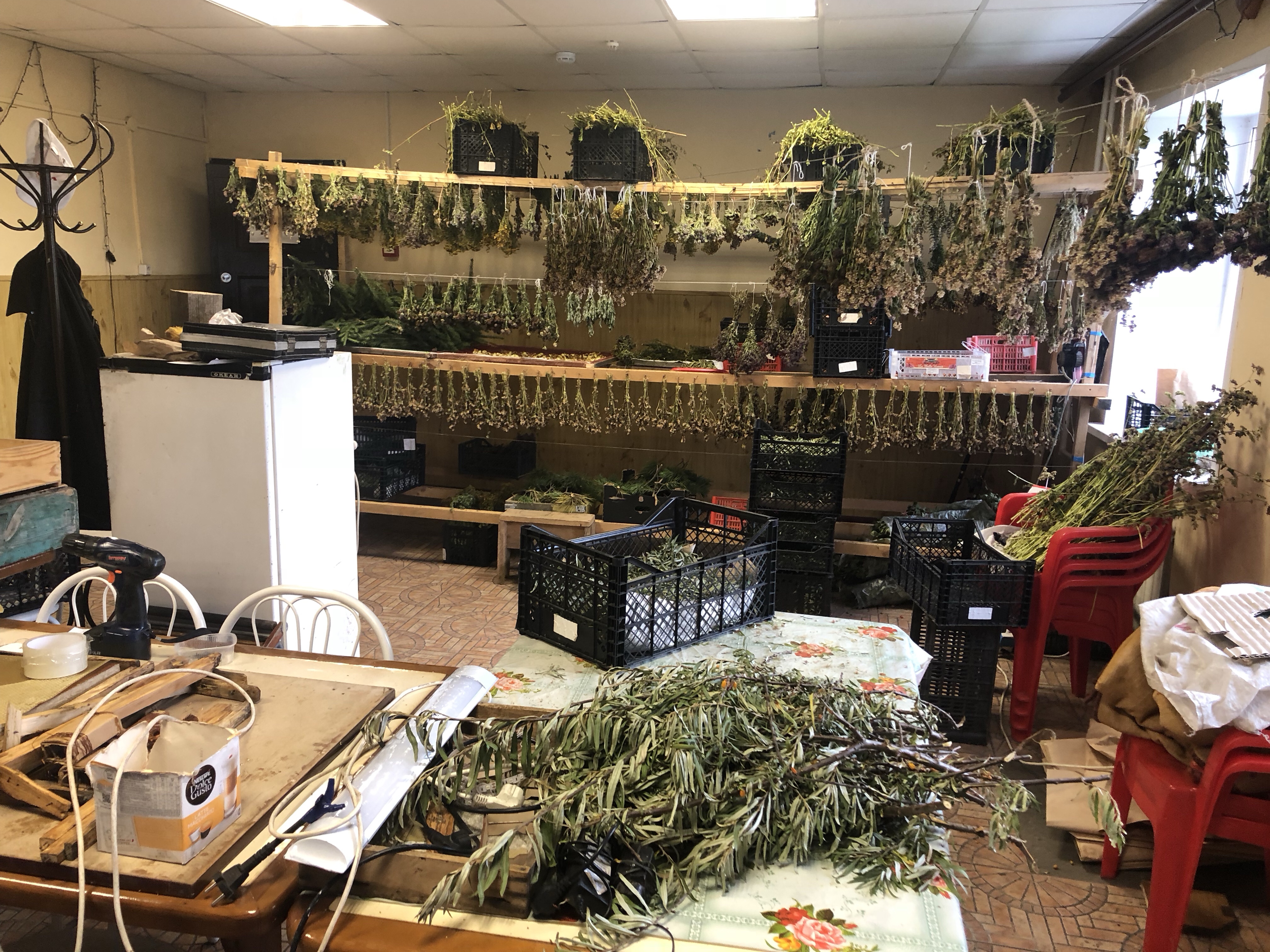 Almost right after the dinner we went to bed. Mika sent some messages to Semey to local BMW car club since he could not find any motorcycle clubs there. Lets see if this message leads to something. It would be bad to cross the borderto Kazakhstan tomorrow without any contacts or plan how to fix Mikas bike. Semey is city of over 300 000 people so hopefully we can do something to the suspension there, it is clear that we cant continue like this all the way home.

Overall tough day with rain almost whole day, 600kms and 11 hours, technical problems etc. Even though there are challenges, we are most annoyed by the rain. Tomorrow towards Semey and hoping to find some solution to suspension problems.