Posted by savonsurauttelijat on elokuu 17, 2018 0 Comments 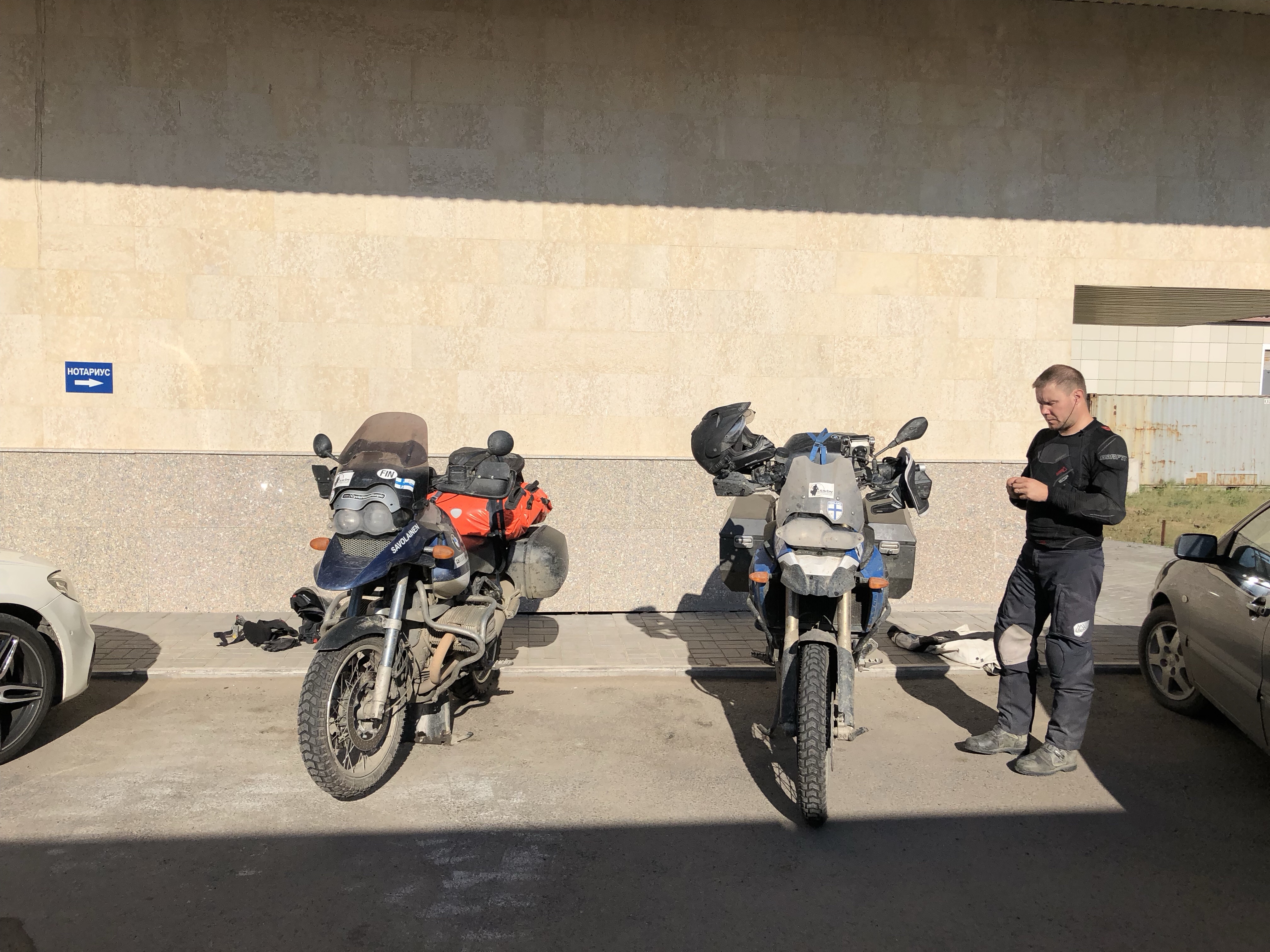 It tooks as less than half an hour to get out of the city, not bad for such a big city. We took some videos on the main street, hope we managed to capture some of it. Sami had a small close call at trafic lights. He was leading the team as he has the only working navigator and when reaching traffic lights he checked on the mirrors if Mika is following close enough, the car in front braked heavily and Sami had to make really hard braking and move to the side of the lane to avoid collision. He did manage that but then when stopped, he could not put his feet on the ground and the bike fell on its side. Luckily no accident, just a small hit to self-confidence and we were good to continue.

People here ride very strictly according to speed limits and also otherwise obey all the traffic rules. Quite a difference to the neghbouring country… After leavng the city behind, there were many villages with long stretches of 60kph limits. We could not meet that but we rode as slow as we could. We saw a lot of police officers during the day, no complaints from them either. And we were really riding nicely.

In the morning it was a bit chilly and it seemed rain could start any time. By lunch time it had changed to warm weather and the possibility of rain was close to zero. We prepared lunch by ourselves and enjoyed it at the gas station. 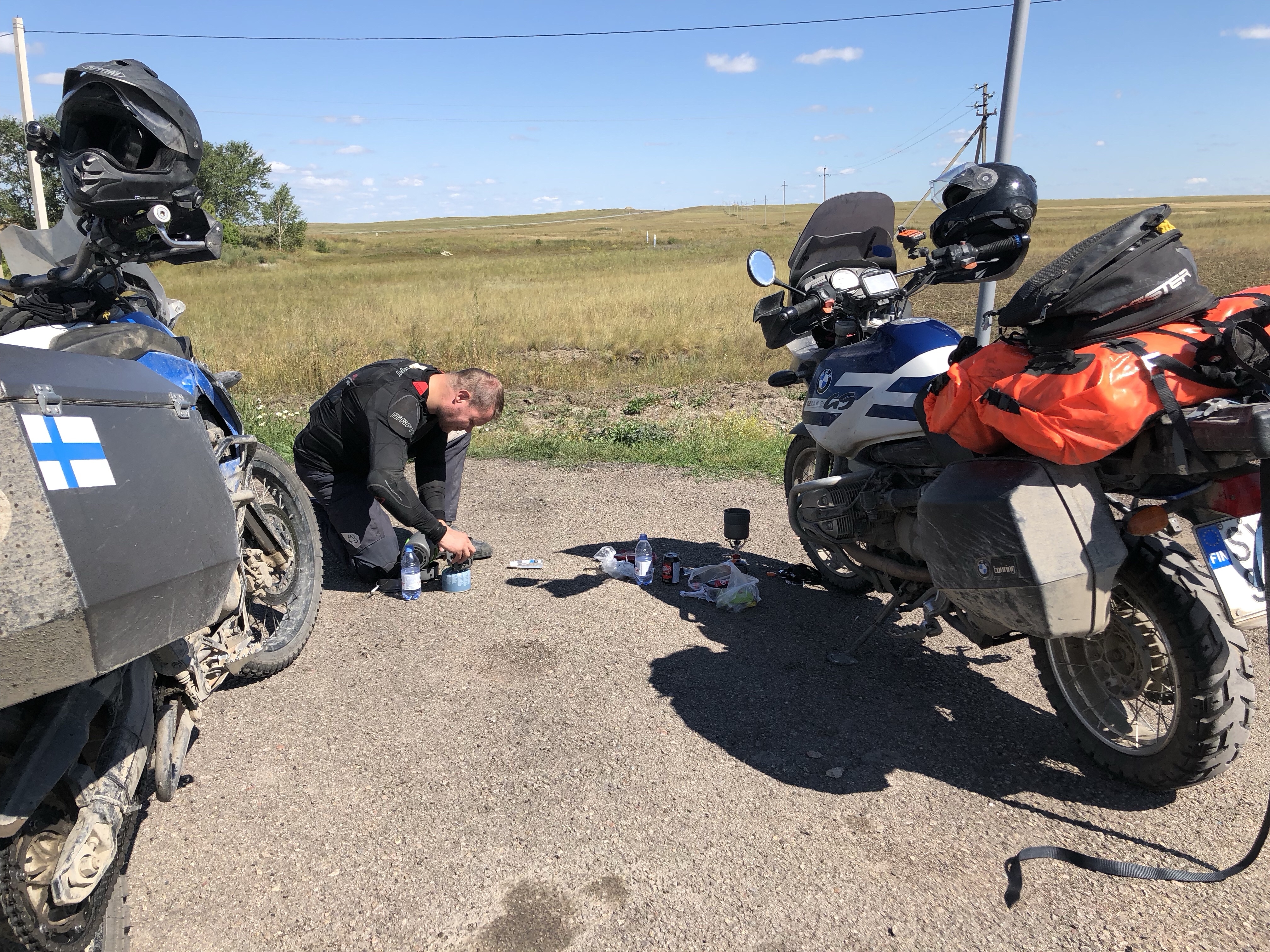 Funny thing with the road signs to Kostanay. In the morning the signs said the distance was 80kms longer than what our navigator said. And some 140km before Kostanay the signs changed their mind and started to agree with our navigator.

Quite a bit of the day the temps were over 30 degrees and the weather awesome. The scenery basically consists only of fields as far you can see. And many times the roads are straight for tens of kilometers. There were so much fields and they were so big, that even 10 harvesters that e saw in one place seemed like way too few for that field.

The riding was uneventful for the whole 700kms and and we only stopped twice to refuel and had lunch on the first one of those stops. The weather was good all day even though it almost started to rain just before we reached the hotel at 6pm. We had good time to write blogs before heading for dinner. The hotel was super nice and there were wedding-party going on when we arrived. We kinda did not fit in with our dusty riding gear 🙂 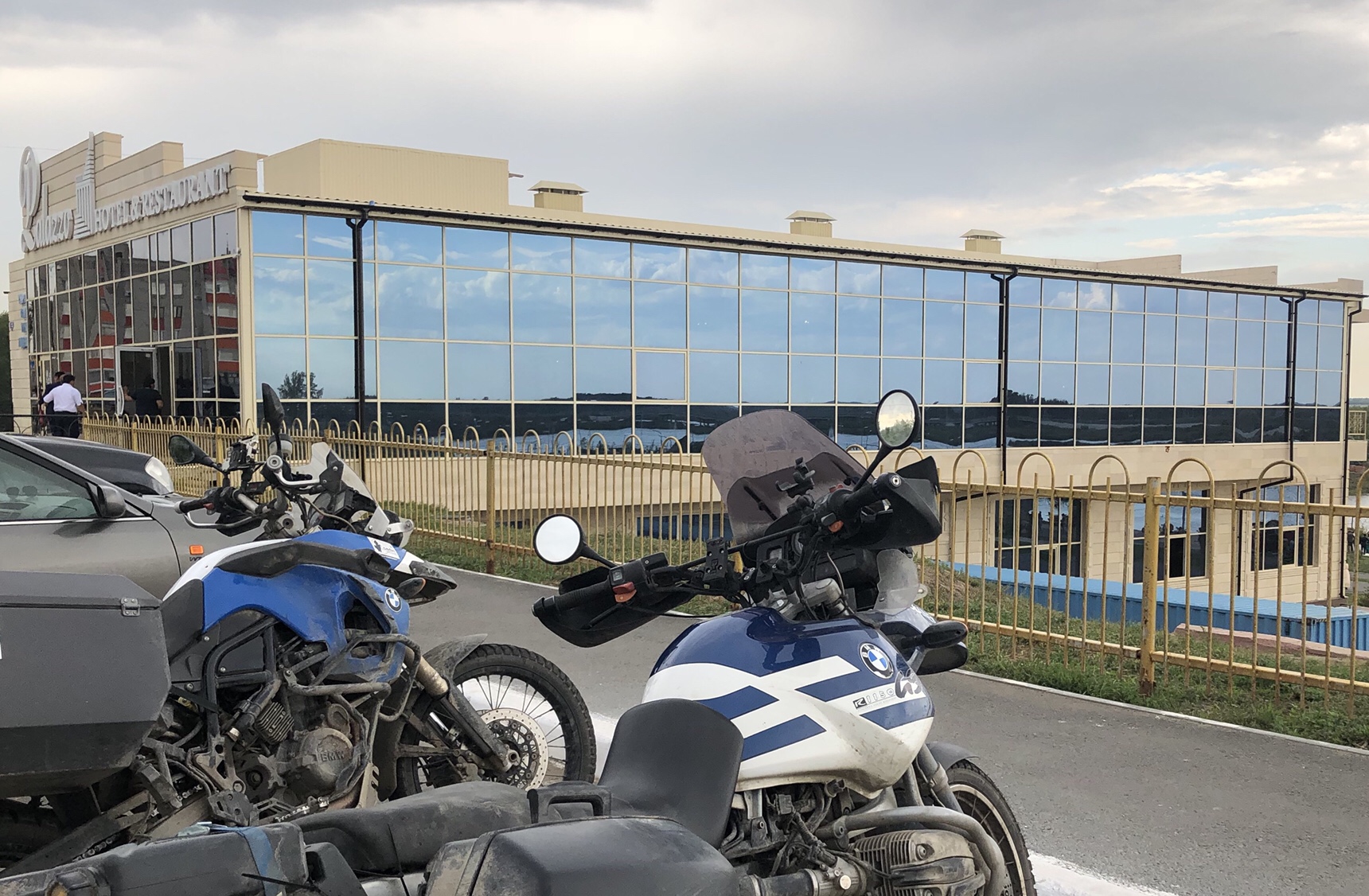 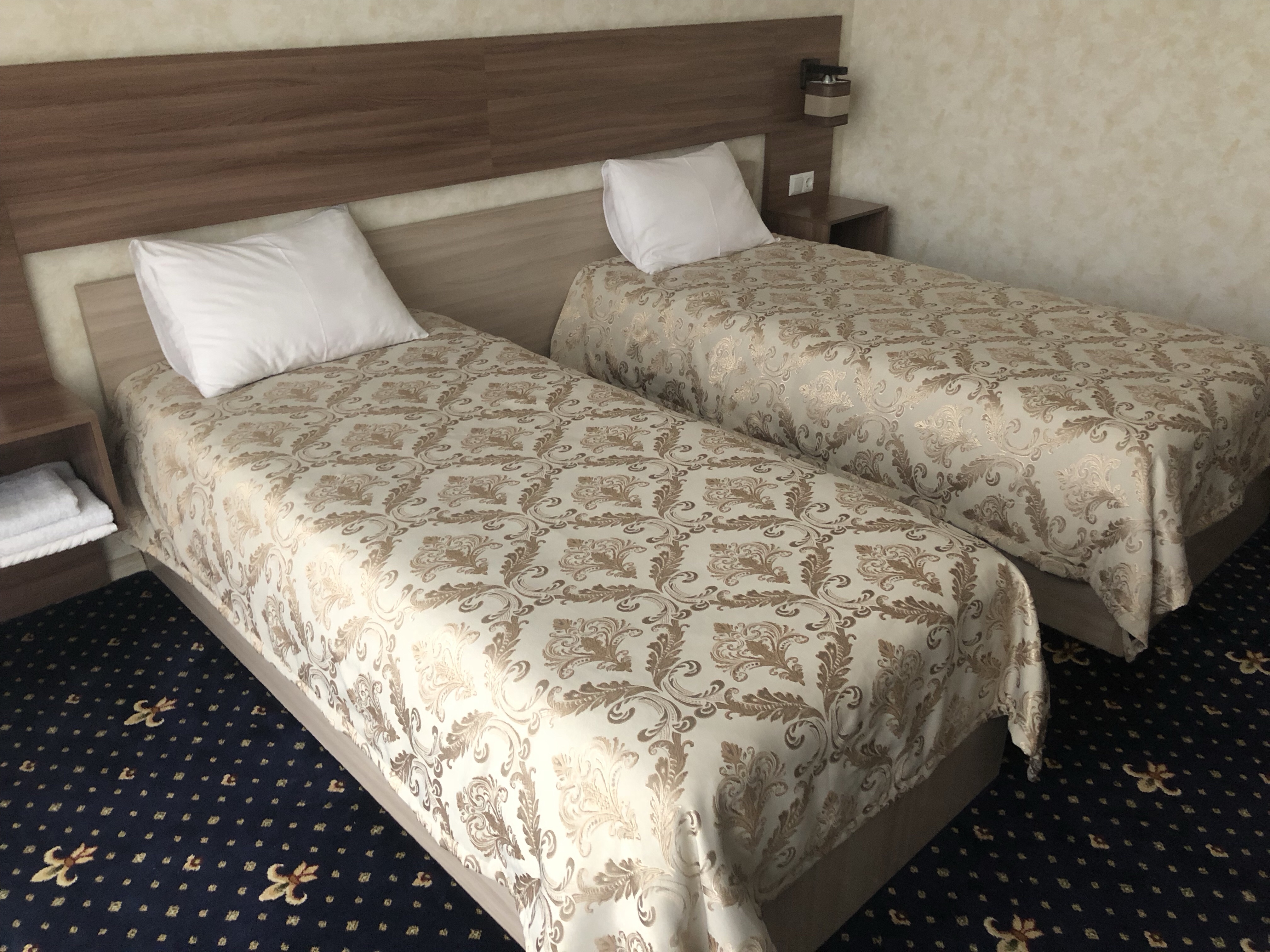 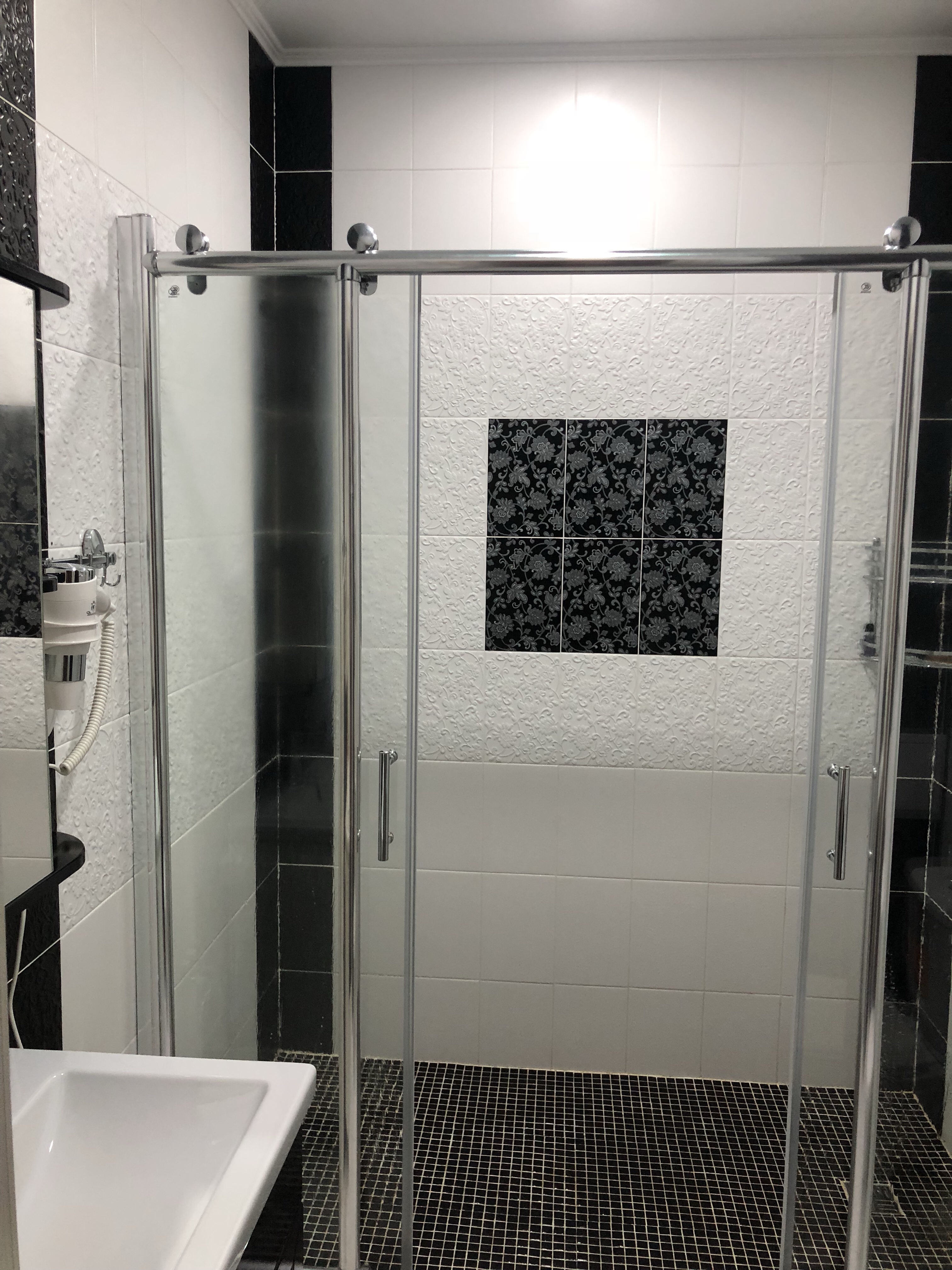 After blogging we took a taxi to city center and had dinner in a nice restaurant. There was a party going on so we got a cabinet for ourselves. 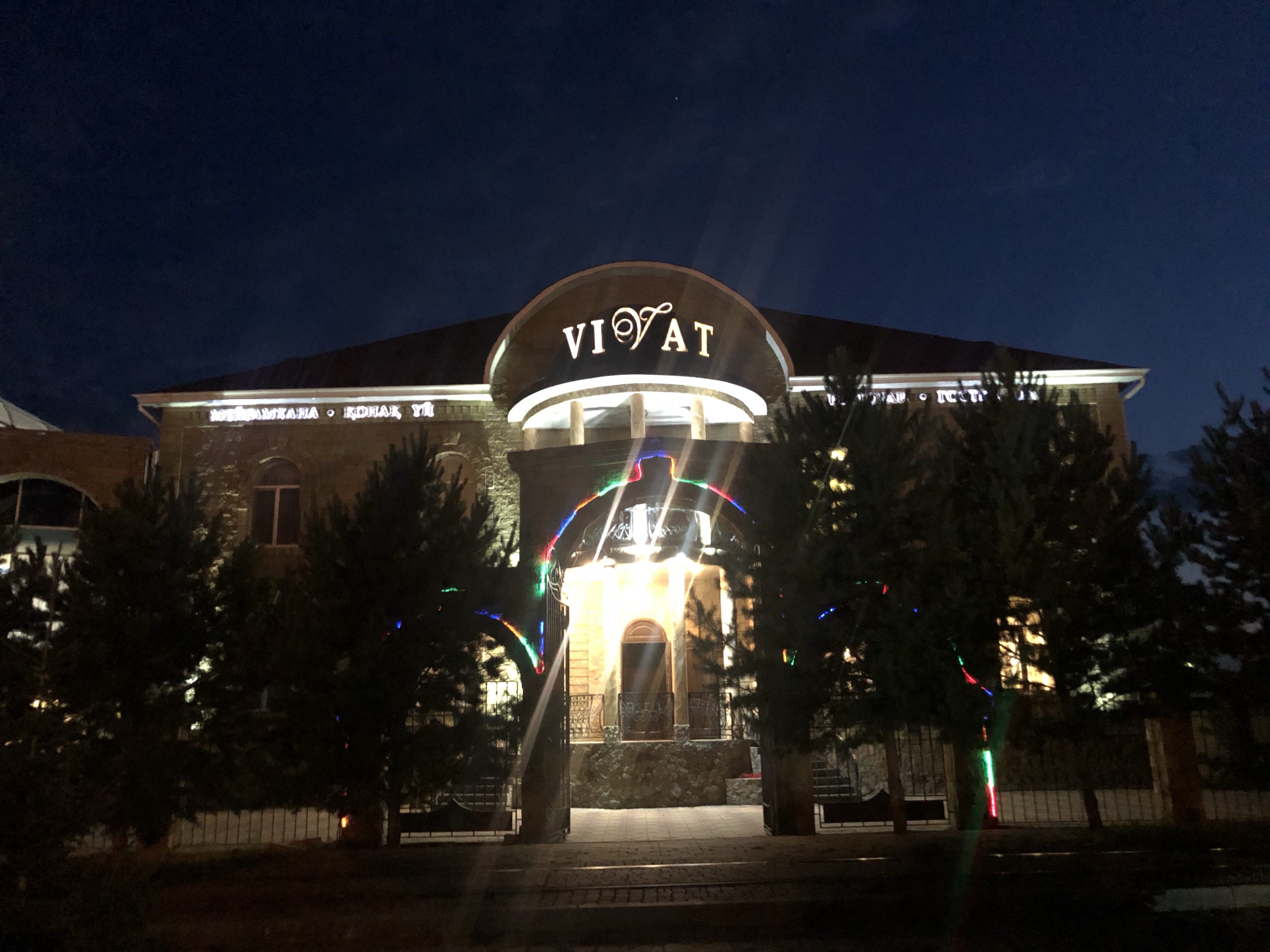 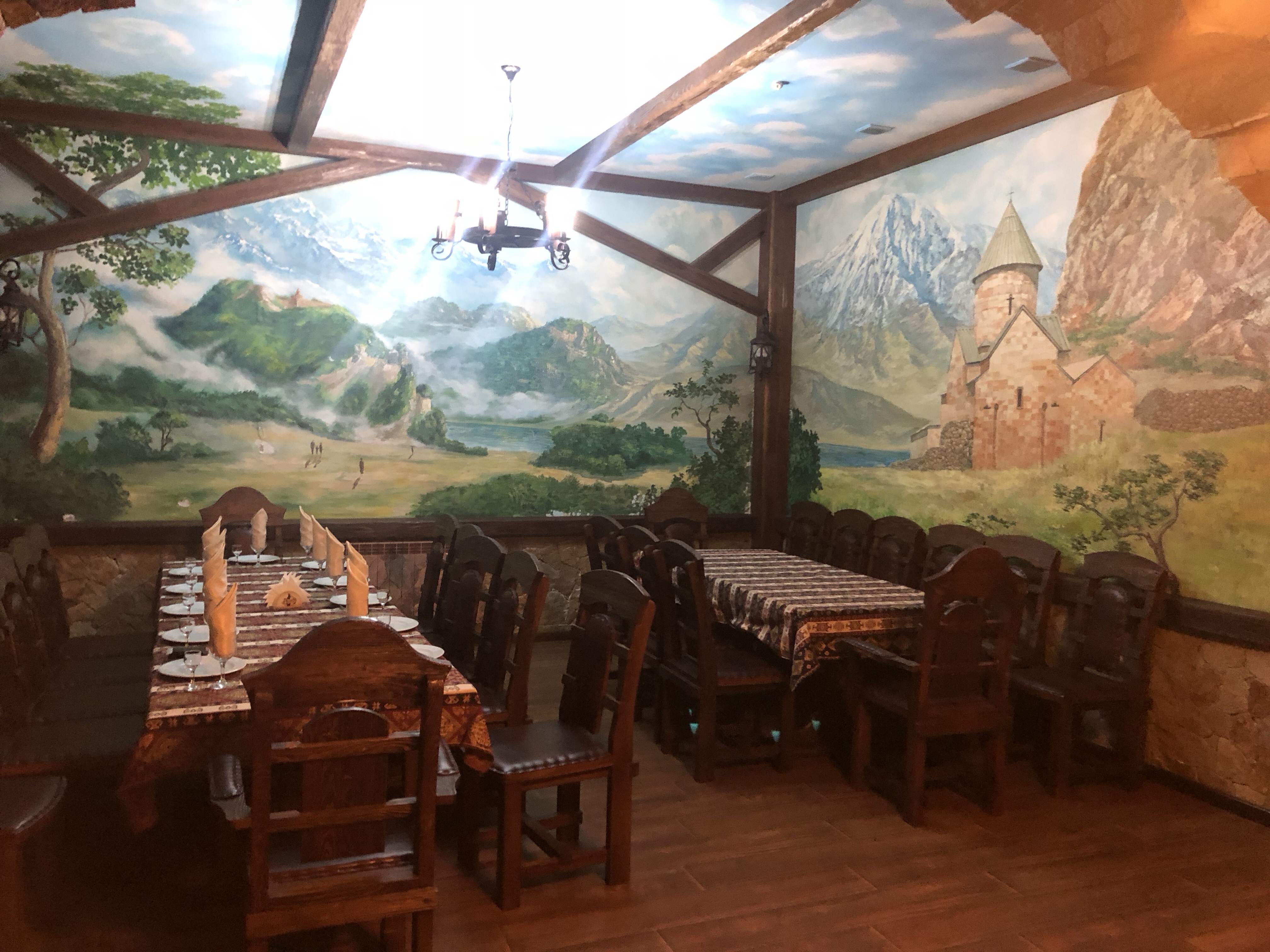 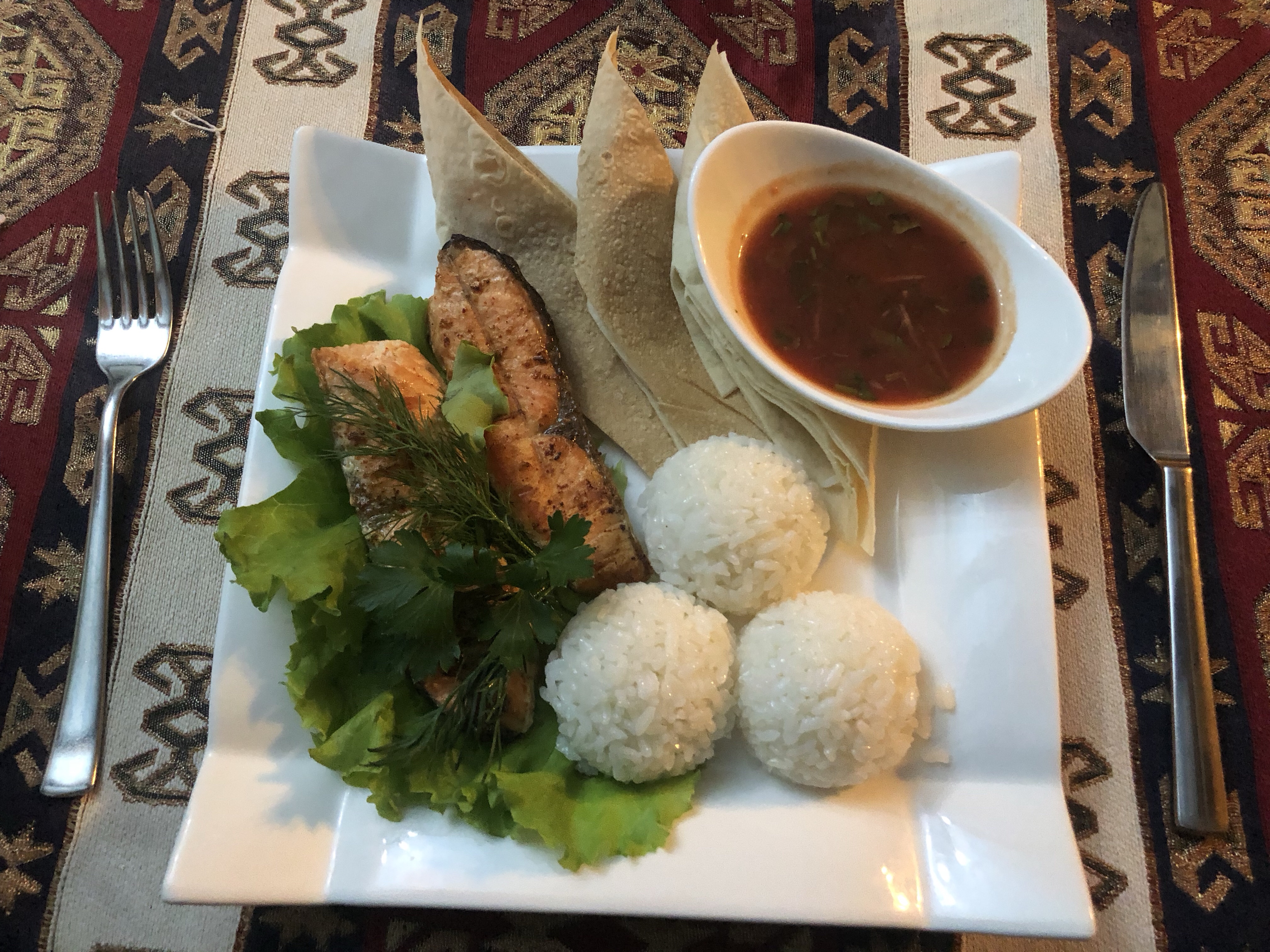 After rather late dinner we went to sleep. Tomorrow it is time to cross the border back to Russia. Today we got no new problems and were able to run on quite good speed with Mikas bike too since the roads were good. We continue to head home with good spirits!