Posted by savonsurauttelijat on elokuu 18, 2018 0 Comments

Todays ride started in a cold, almost raining weather at 9.30am. Sami decided to wear the rain suit to have additional warmth, Mika left the rain suit off. Neither of us really likes wearing rain suits as it makes you somehow clumsy and it is difficult to refuel etc. 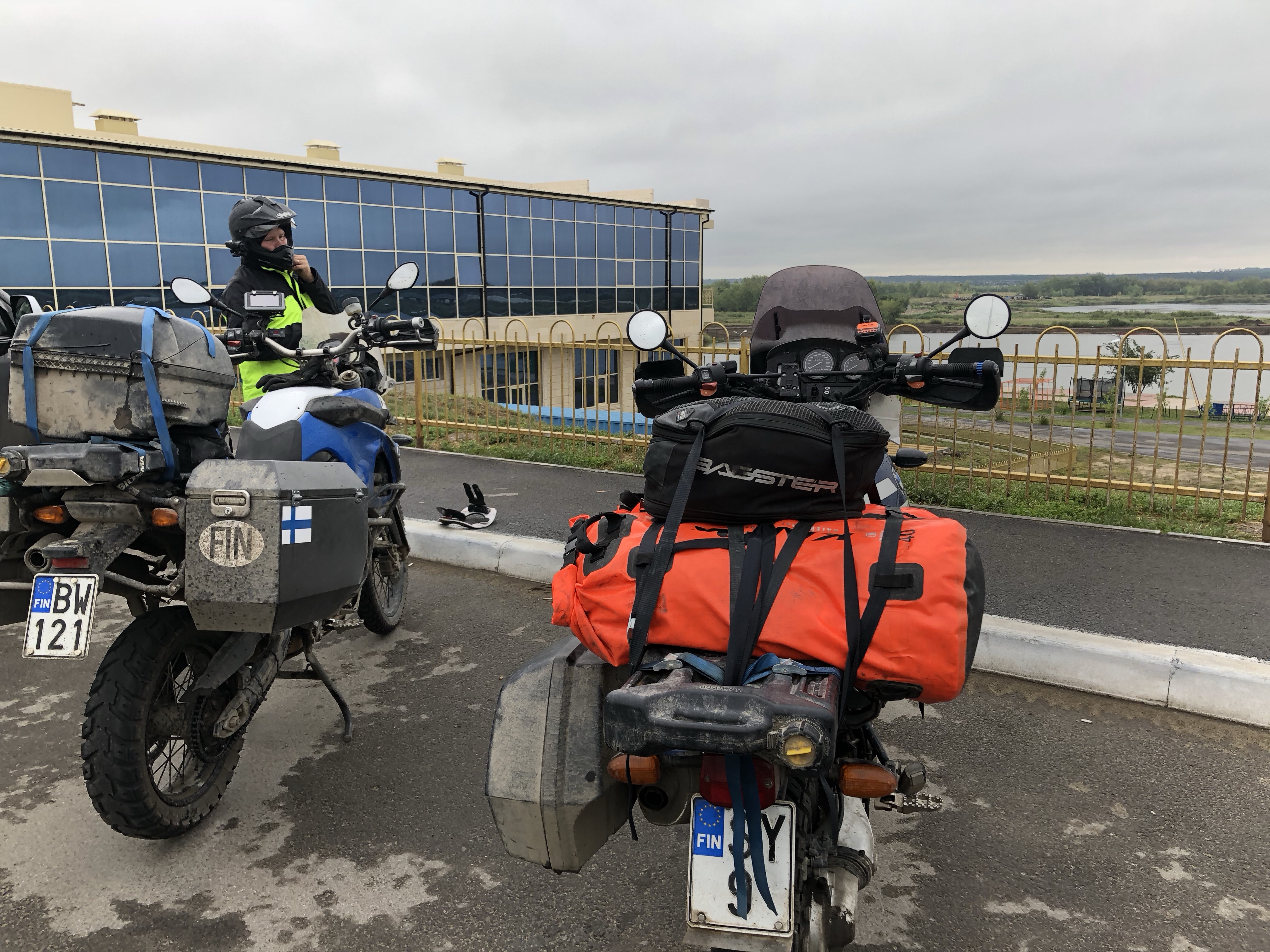 We rode quite fast 180km to the border since there was not much to see, just huge flat fields everywehere. When we got to the border, the weather started to turn towards better even though it was quite chilly.

At the border, on the Kazakhstan side, there was quite long queue but we just slowly rode past t as the international practise is. Some people in the queue were a bit complaining but the officers wawed us through. 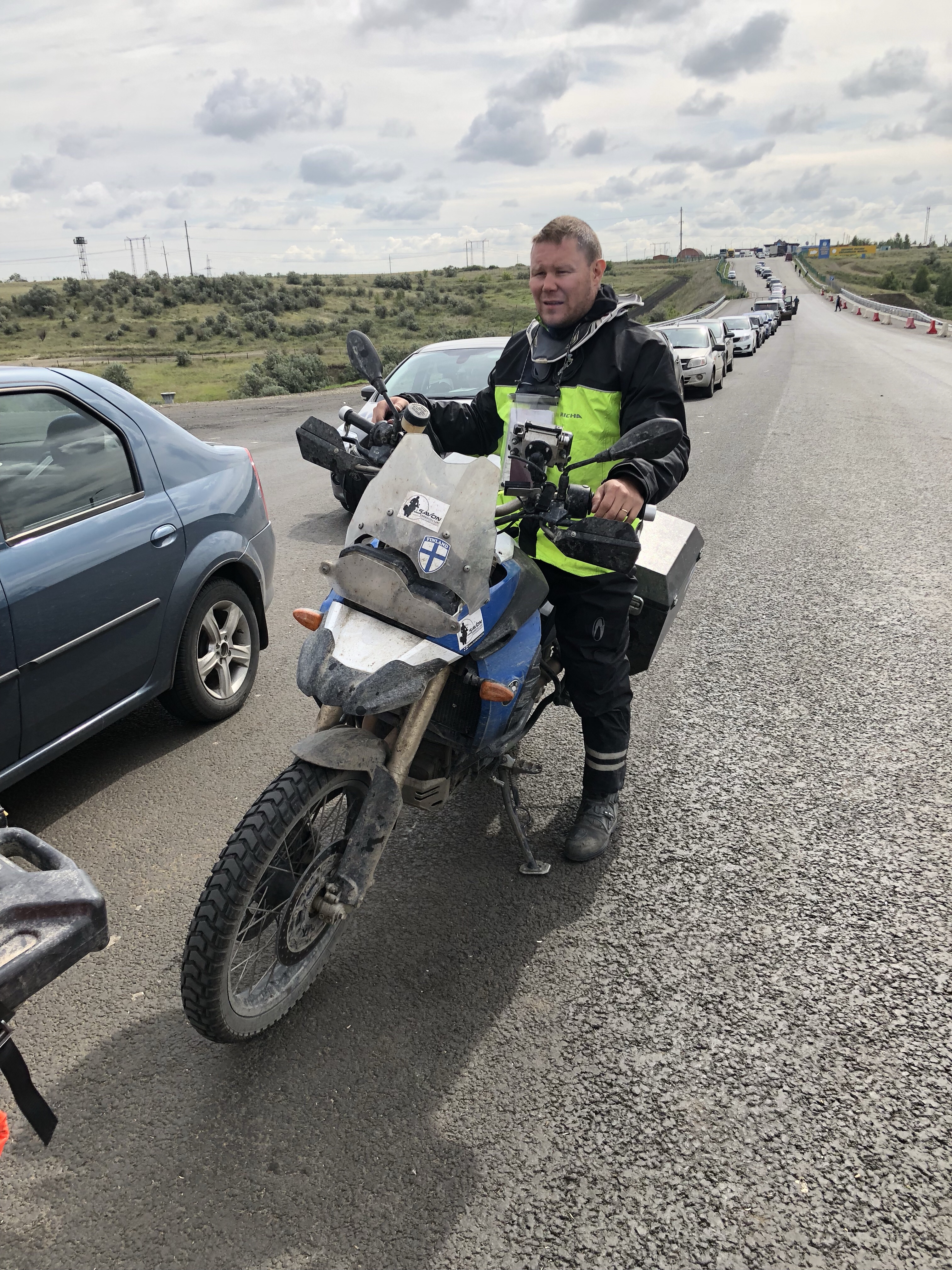 Not much events on the Kazakhstan side of the border. On the Russian side, as usual, we got the migration cards to be filled from the first stop. We filled the cards and and waited on passport control till we got our papers cheked and stamped. Then the bikes/luggage were checked and moved out of the control area. We were told to wait in the next queue and there Sami got new migration card, filled by the officer and new stamp in te passport. Naturally Sami asked the officers and the other travellers why so but got info that it is ok. Also, we did not get customs documents (for our bikes&luggage) stamped at all.

Sami double checked from next officer and they said all is ok. When Mika got into the check, the officers finally realized what had happened. They asked Sami back and somehow marked one of the stamps on the passport not valid, and took the second migration card away. We did not understand each other much but we all got good laughs. Even with this additional episode, we were through the border in a bout 1,5 hours. Not bad.

From the border the weather continued nice but chilly. It is funny how the scenery changes immediately from the border, now there starts to be forests, hills (highest point was about 1km) and even curves on the road, and it looked nice. Somehow, weirdly, both of us felt a bit like home in Russia compared to Kazakhstan.

Soon we stopped for lunch at a gas station where we also refuelled the bikes. We prepared the lunch ourselves. 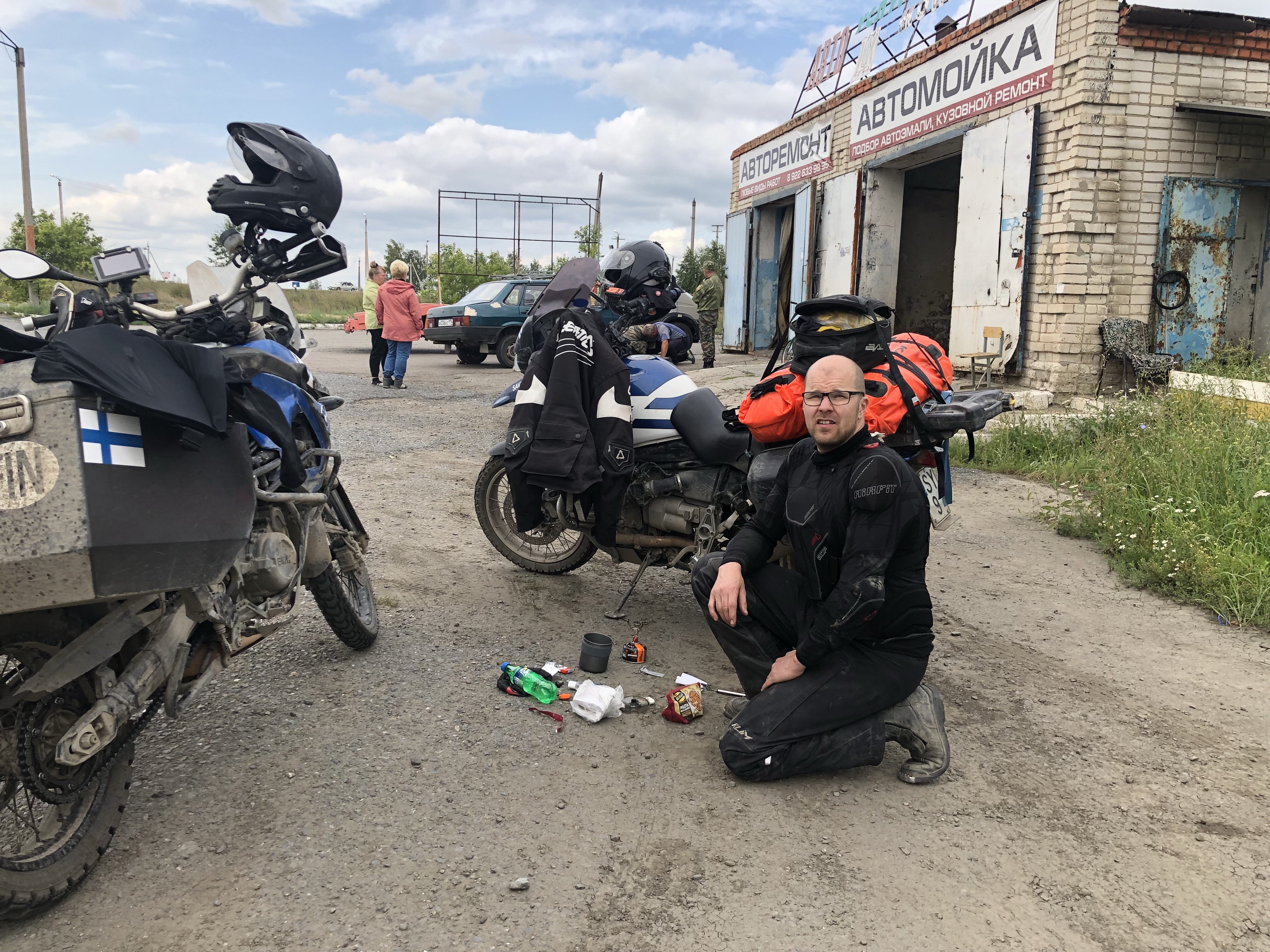 After lunch kept rolling on with good speed on the nice roads. Unfortunately about 180km before Ufa Mikas bikes shock absorber got significantly worse. All the oil had leaked out. So far it had been bad to ride, now it was horrible. So the fix done in Semey lasted about 2500kms, quite good but unfortunately not all the way to home. Now the rubber fix is the only damping element and it does not ereally dampen the hits much. The biggest worry is how the final drive and other parts can take the hits.. 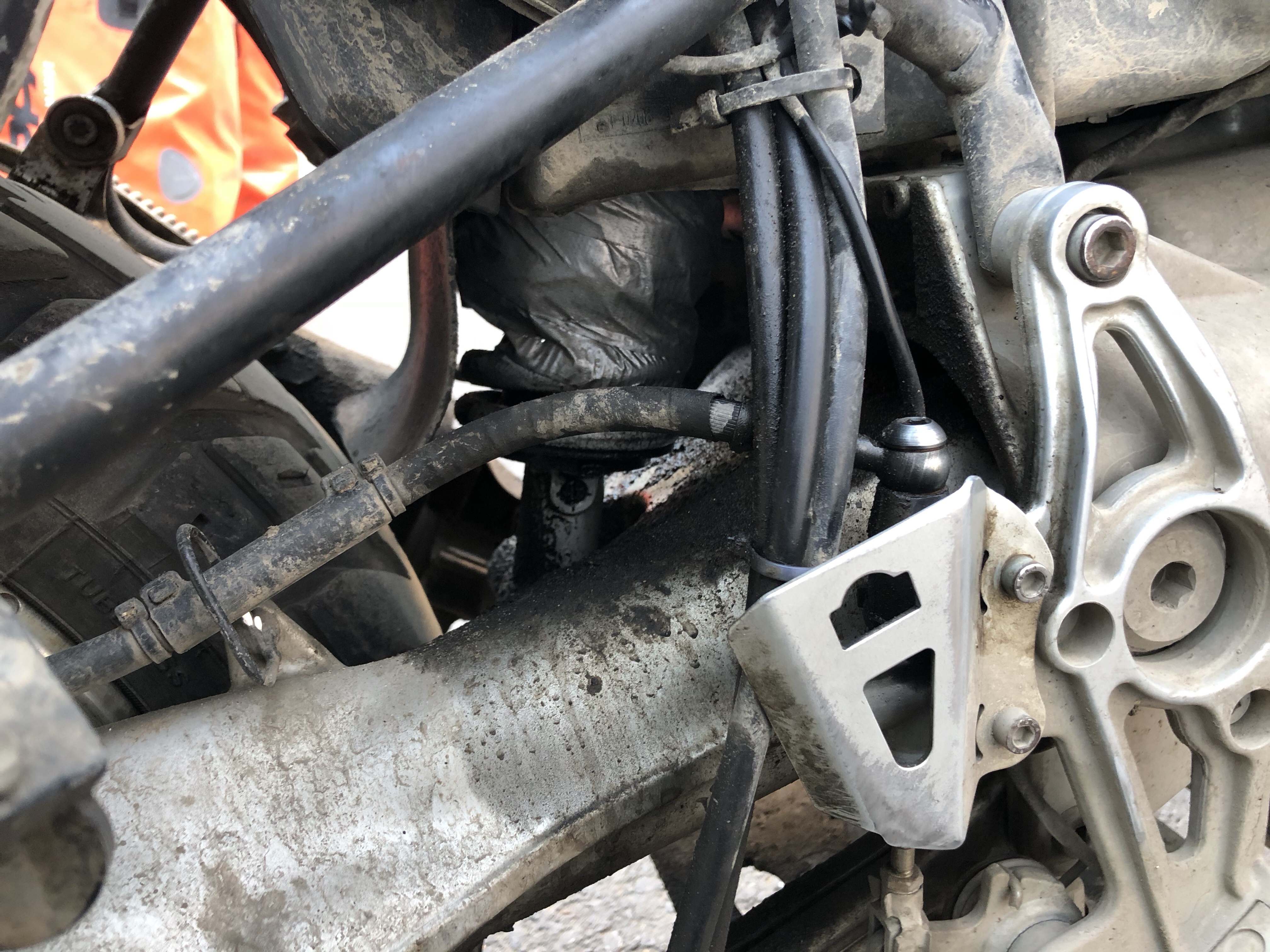 To add to the misery, there were tens of kilometers of queues on narrow roads where overtaking was not easy, and then it even started raining about 50kms to Ufa. It did not rain long but we had to put the rain suits on and we wore them all the way to Ufa.

The hotel was really nice and there was wedding celebration going on when we arrived. We got full attention when riding there 🙂 Also theroom was great and Mika decided to do some laundry before going for dinner. 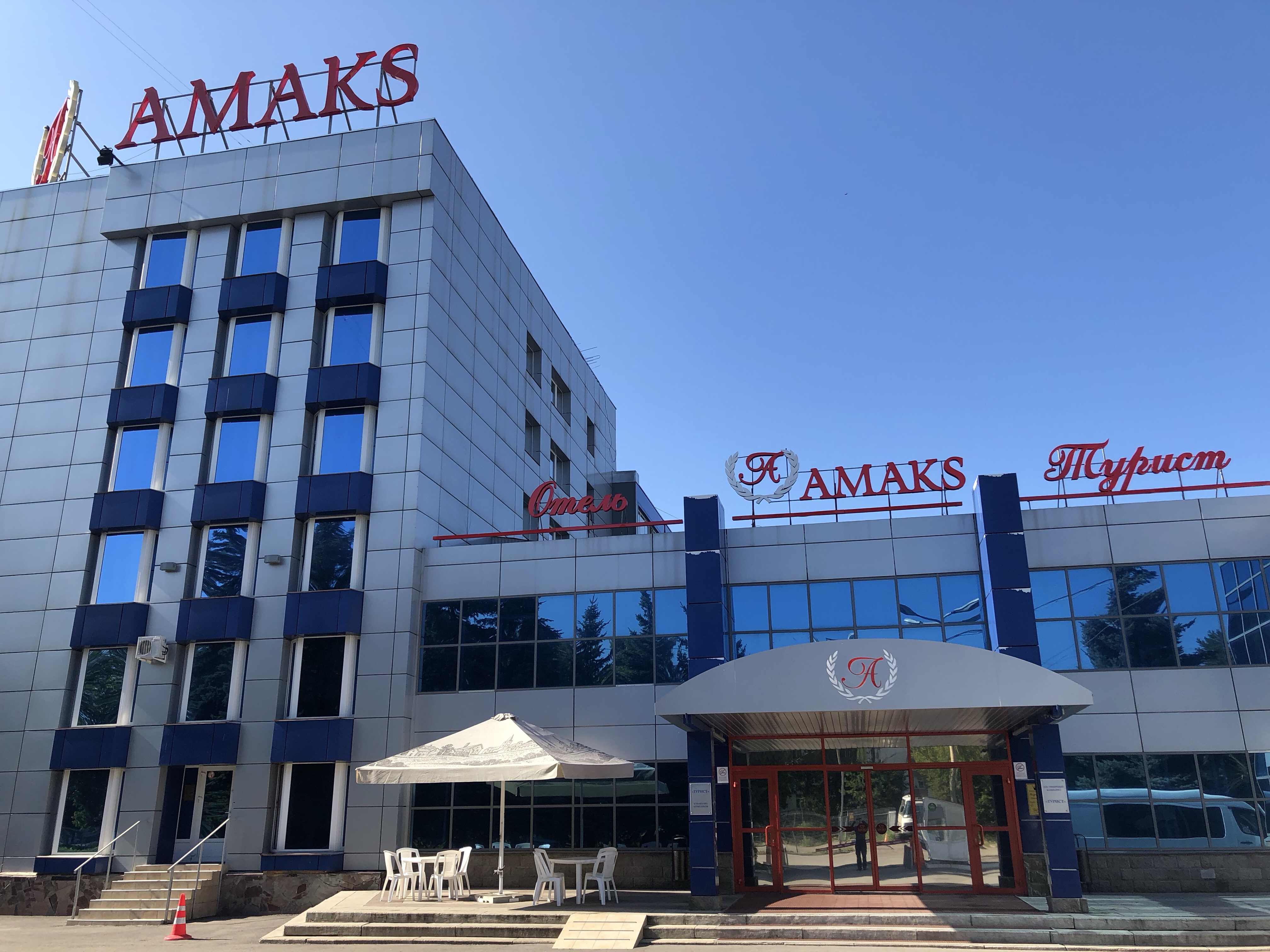 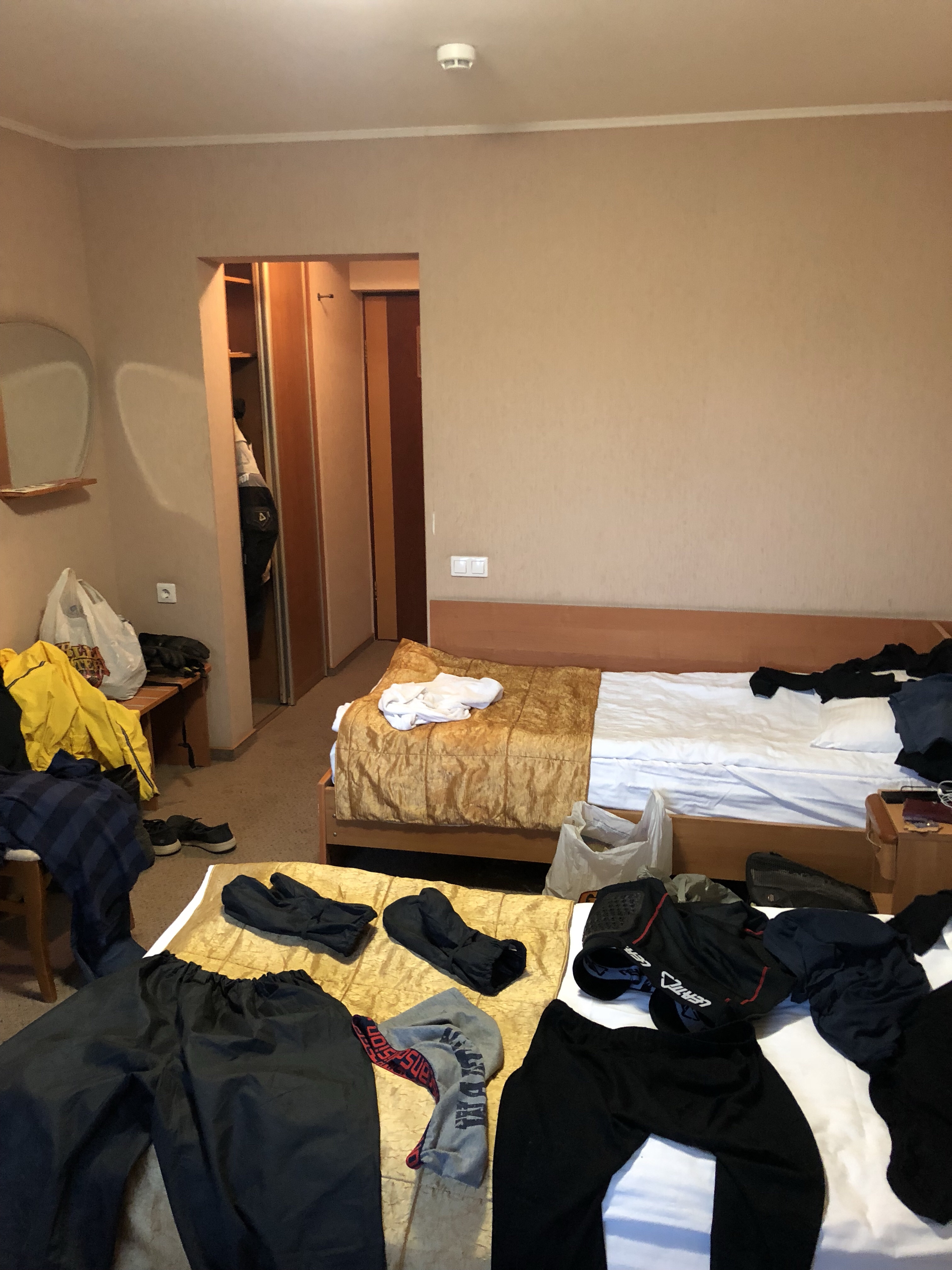 Once again, we chose the restaurant, took yandex taxi and got to a nice place. Good food and nice atmosphere. We were tired so we headed back to hotel soon and straight to bed. 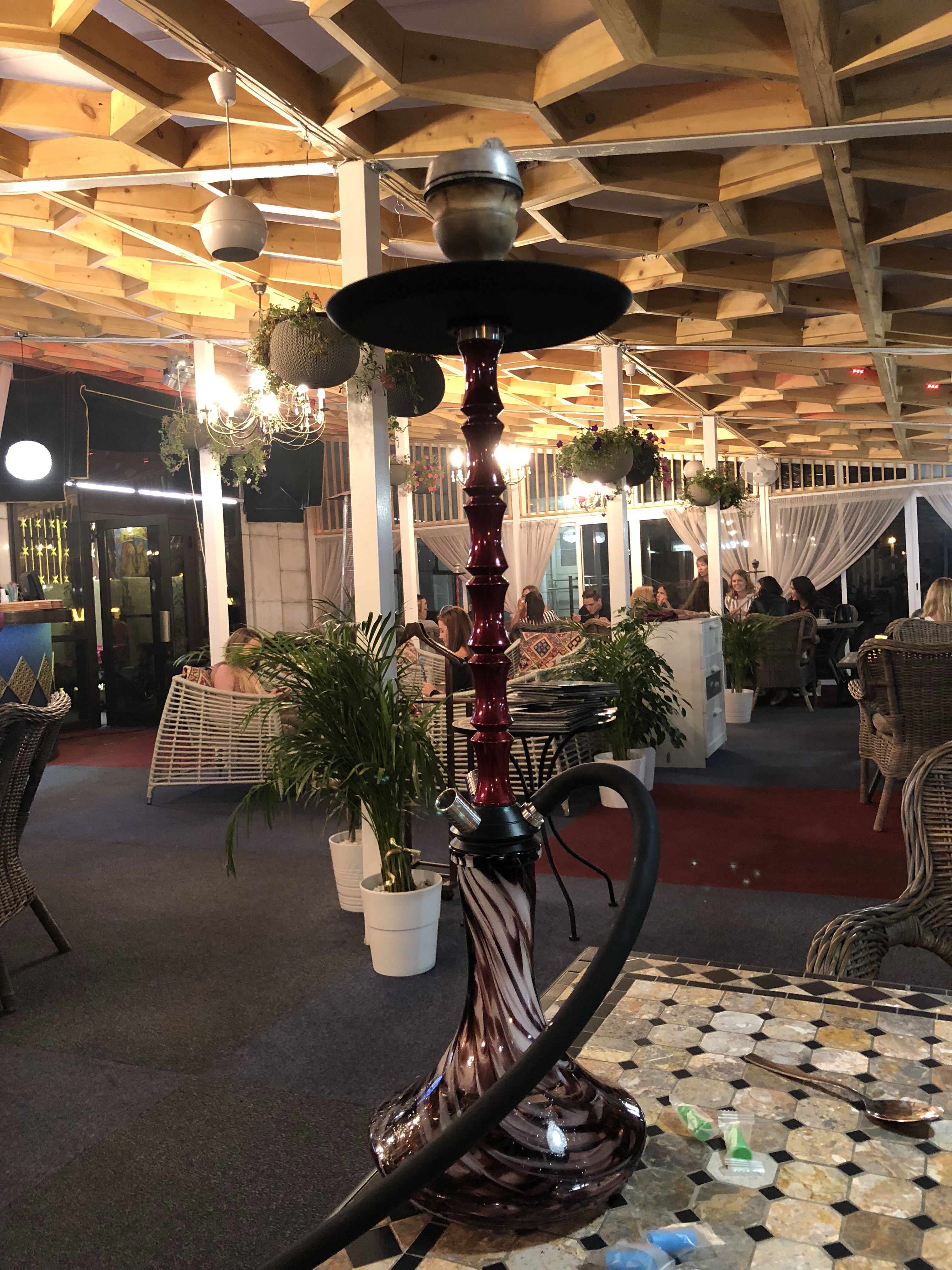 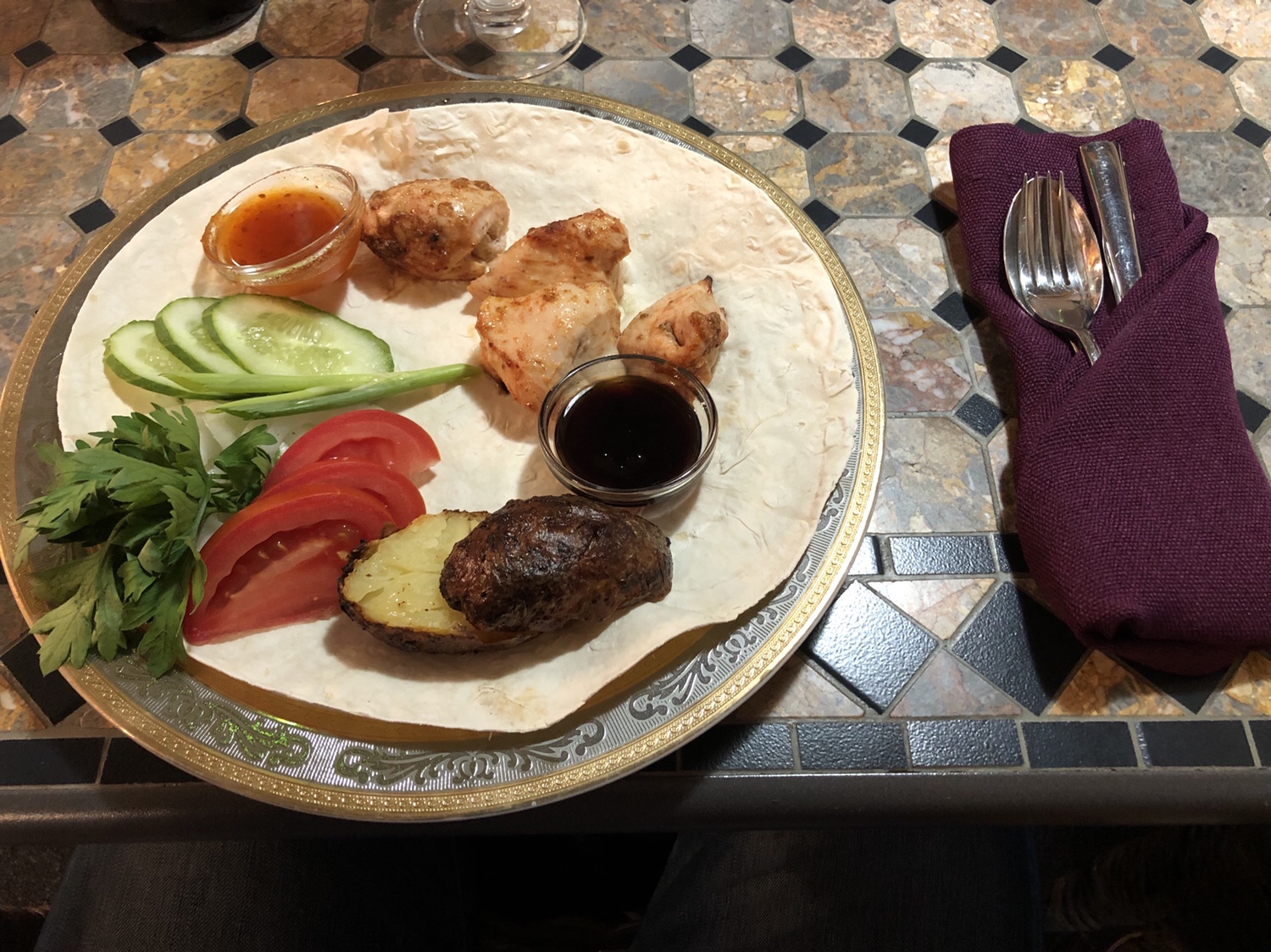 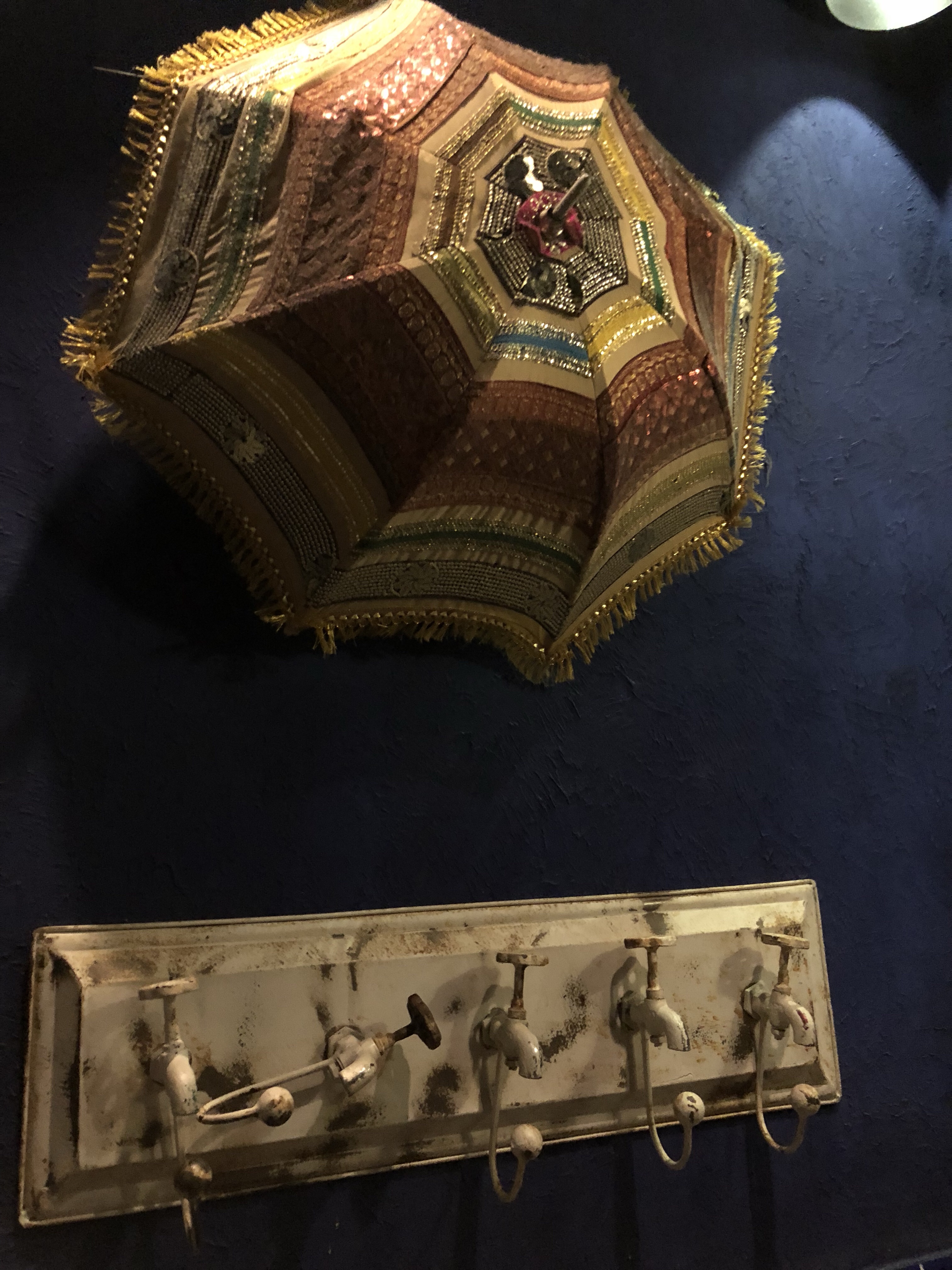 Tomorrow would be easy 700km ride with no border crossings or any other special activities so we decided to sleep a bit longer in the morning. Today was somehow tiresome day even though the roads were quite good. It was good to get some extra sleep.