Posted by savonsurauttelijat on syyskuu 23, 2018 2 Comments 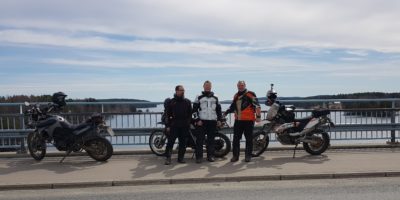 Since Altai adventure i had not ridden the bike much so it was just great to get on the bike on a sunny yet chilly sunday morning. Aki rode to Sami’s place right on schedule and we took off immediately towards closest gas station.
We had no route planned so while refueling we agreed where to head. We will take a short transit on paved roads and over the new bridge at Jännevirta to close to Riistavesi where we then leave the black stuff behind. 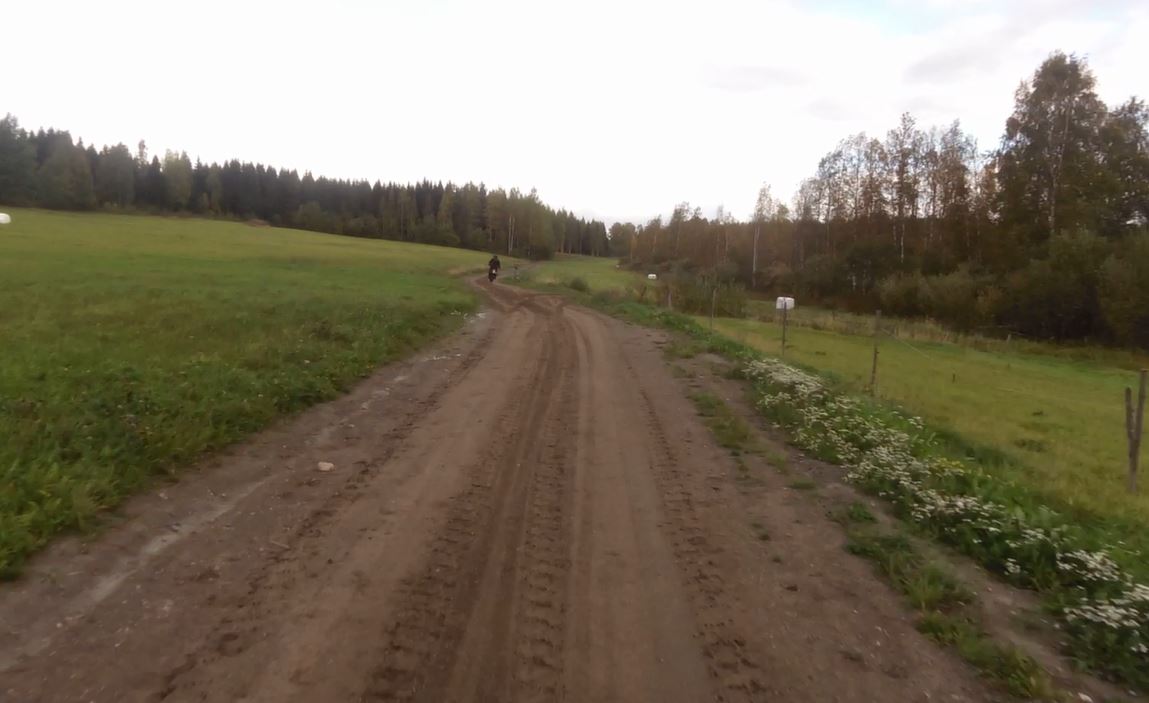 First it was nice sandy road and soon we reached greatbut short enduro trail. We actually rode that trail multiple times since after riding it first time we wanted to try it a bit faster and then we had to do it third time since something fell of from Akis bikes tank bag. We did not mind at all riding this so many times, its so much fun and you can even give the bike some air in some of the jumps!

Then we continued playing around on a sandpit, practiced riding up and down soft sandy hills. After a while we needed a break and after that we continued onwards on our route. 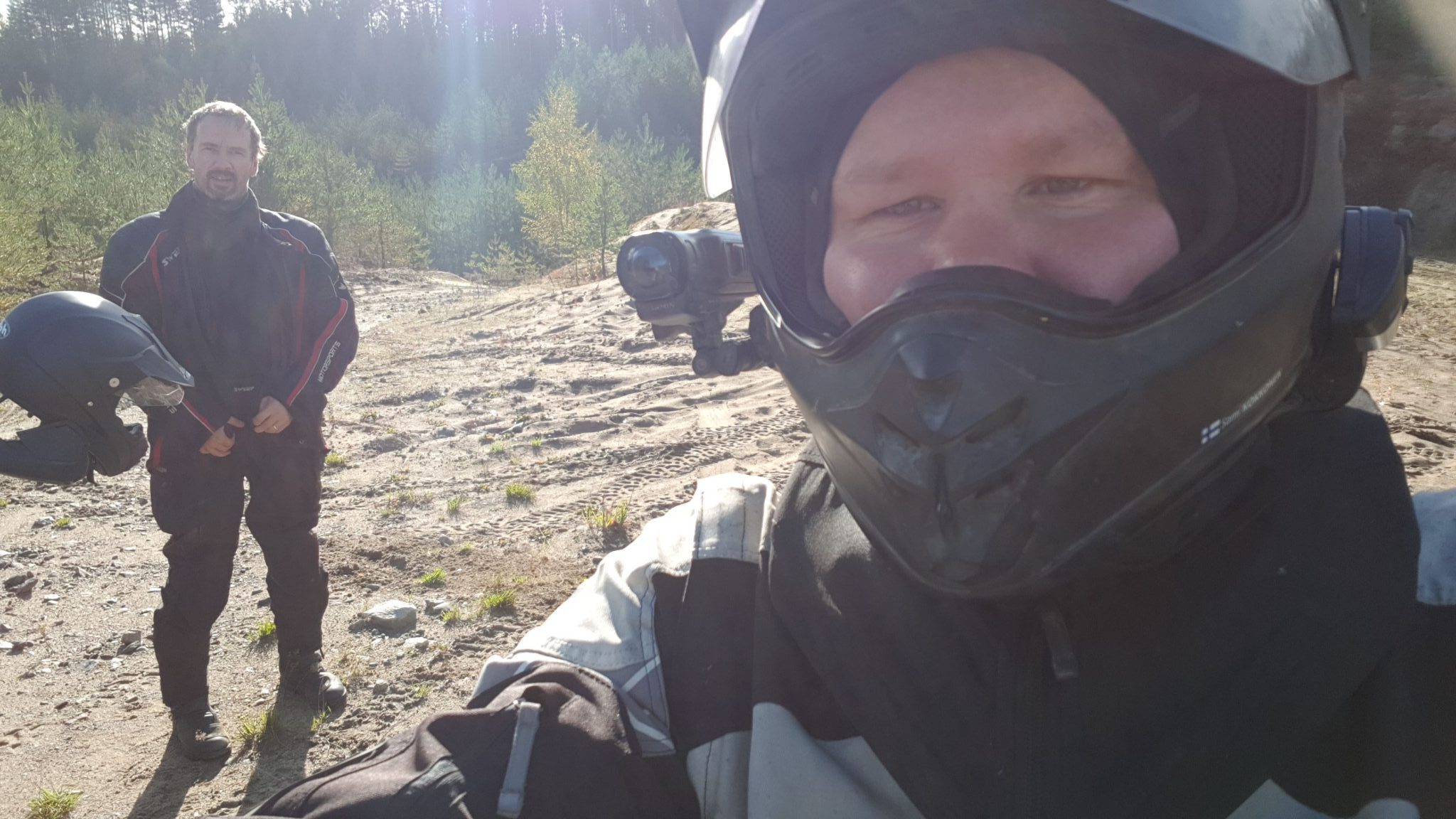 The route was part of TET that Sami had prepared earlier. Now after taking short paved section we realized that it can be avoided and use additional enduro trail instead!

After that we continued on small gravel/sand road and soon reached the beginning of next enduro trail section. Early on there is a steep uphill which Sami has ridden couple of times earlier. Aki rode first and got up the hill even though it was a bit eventful climb. 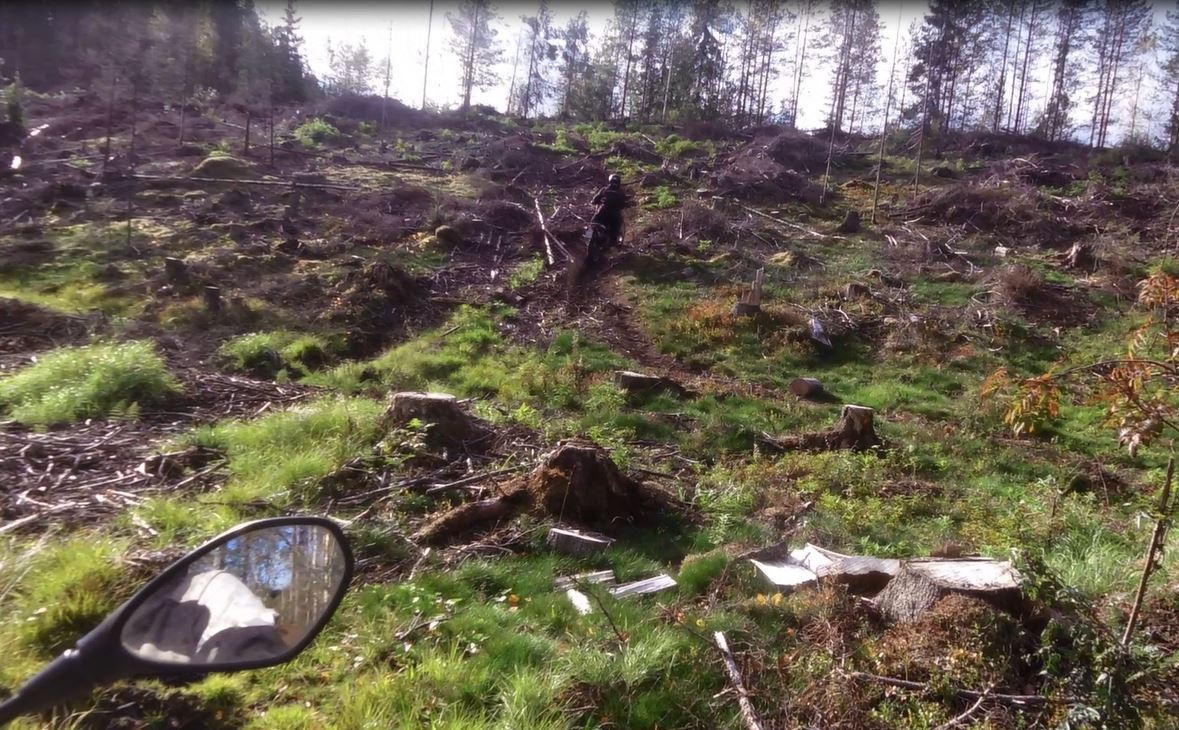 Sami had the worn out tire that barely lasted the Altai tour and with that tyre it was just impossible to get any speed to make it up the hill without pushing the bike. We made it up with two of us powerwalking the bike and got a proper excersice. It was well worth it since the trail was great onwards!

On previous rides we had moved to paved road after the enduro trail section byt now we decided to check if there is more of that fun available and found loads of more trail! Sami will make a proposal of new routing for TET since this was great trail and hard packed enough for even the big bikes. 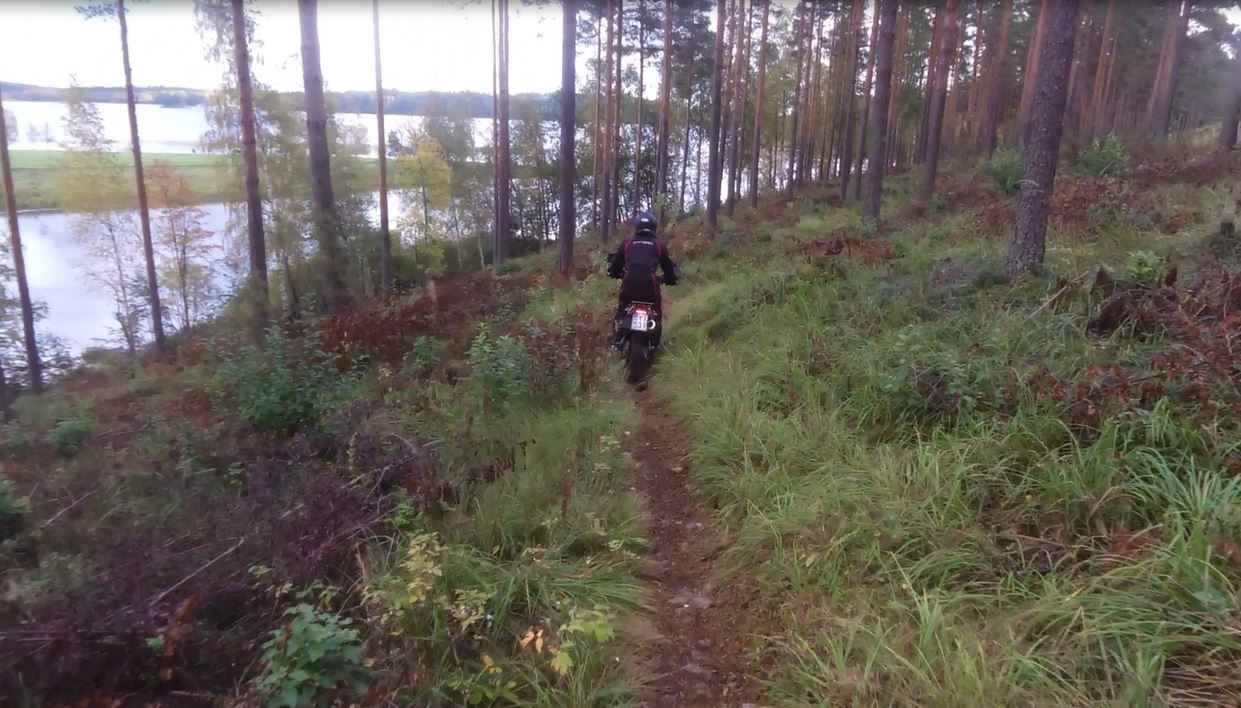 At one point the trail crossed a small road and we should have take that road since now we accidentally rode to a nature park and up and down a veryyy steep hill. Luckily we made it and left the nature pretty much untouched.

At this point it was time for Sami to head back and so we took bigger gravel roads and some paved ones back home. Just for fun we switched bikes for a while and it felt weird to ride another bike! However soon you got accustomed and then it actually felt weird to switch back to your own bike…

Here is the video of the ride: https://youtu.be/MEQr0SFRSps

Thanks Aki for fun ride!